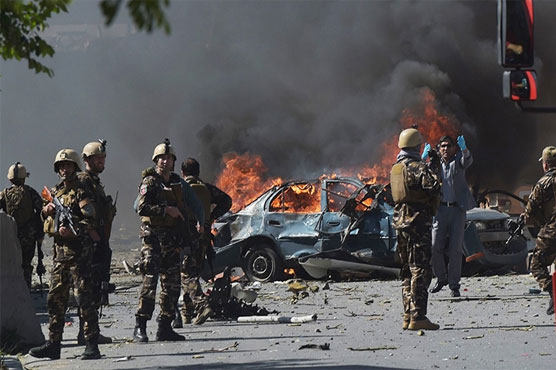 The attack came as the resurgent Taliban are stepping up their annual "spring offensive".

KABUL (AFP) - At least 80 people were killed and hundreds wounded Wednesday when a massive truck bomb ripped through Kabul’s diplomatic quarter, bringing carnage to the streets of the Afghan capital and shattering windows hundreds of metres away.

Bodies littered the scene and a towering plume of smoke rose from the area, which houses foreign embassies, after the blast in the morning rush hour blew out the windows of several missions and residences.

Witnesses described dozens of cars choking the roads as wounded survivors and panicked schoolgirls sought safety. Men and women struggled to get through security checkpoints to search for loved ones.

Heartbreaking! We lost a colleague, Aziz Nawin, 22, an IT engineer, in today s barbaric attack in Kabul. RIP! pic.twitter.com/HHnmAKvppC

It was not immediately clear what the target was. But the attack underscores spiralling insecurity in Afghanistan, where a military beset by soaring casualties and desertions is struggling to beat back the insurgents. Over a third of the country is outside government control. 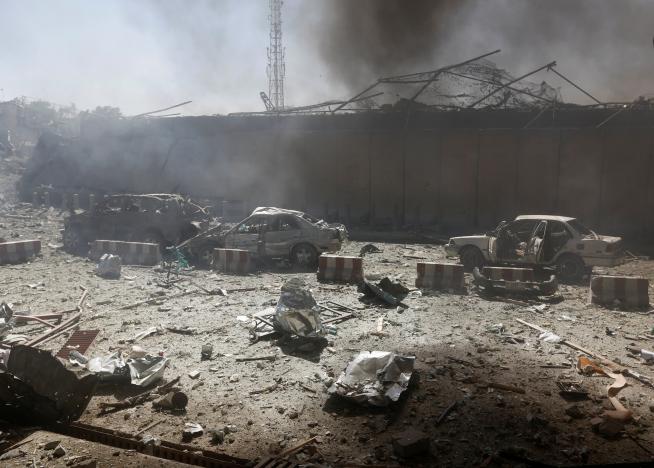 Damaged cars are seen after a blast at the site of the incident in Kabul. --- REUTERS

Hours after the explosion ambulances were still at the scene as rescue workers were digging bodies from the rubble.

"Unfortunately the toll has reached 80 martyred (killed) and over 300 wounded, including many women and children," said health ministry spokesman Waheed Majroh, adding the figures would continue to climb as more bodies are pulled from the debris.

The interior ministry, which put the number of wounded at 320, said a suicide bomber had detonated an explosives-packed vehicle in Zanbaq Square around 8:30 am. "More than 50 vehicles were either destroyed or damaged," it said in a statement.

The ministry called on Kabul residents to donate blood, saying hospitals were in "dire need".

1/2:Was to be beautiful day in Kabul: day of fasting, worship&joy but turned into a bloody day of mourning for 100s of innocent Afghans by.. pic.twitter.com/3aP1BqclMb

There was no immediate claim of responsibility. The Taliban -- currently in the midst of their annual "spring offensive" -- tweeted that they were not involved and "strongly condemn" the attack. 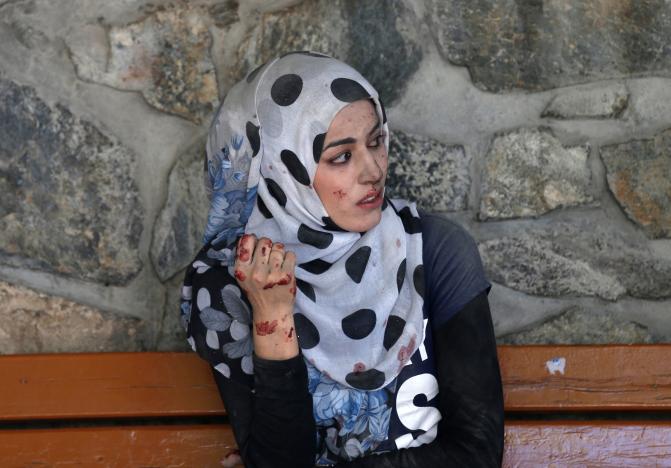 A woman sits outside a hospital after a blast in Kabul. --- REUTERS

The Daesh group has claimed responsibility for several recent bombings in the Afghan capital, including a powerful blast targeting an armoured NATO convoy that killed at least eight people and wounded 28 on May 3.

Manpreet Vohra, India’s envoy to Afghanistan, told the Times Now television channel the bomb went off around 100 metres from India’s embassy, one of several in the area.

"We are all safe, all our staff, all our personnel are safe. However, the blast was very large and nearby buildings including our own building have considerable damage in terms of broken glass and shattered windows and blown doors etc," he said. 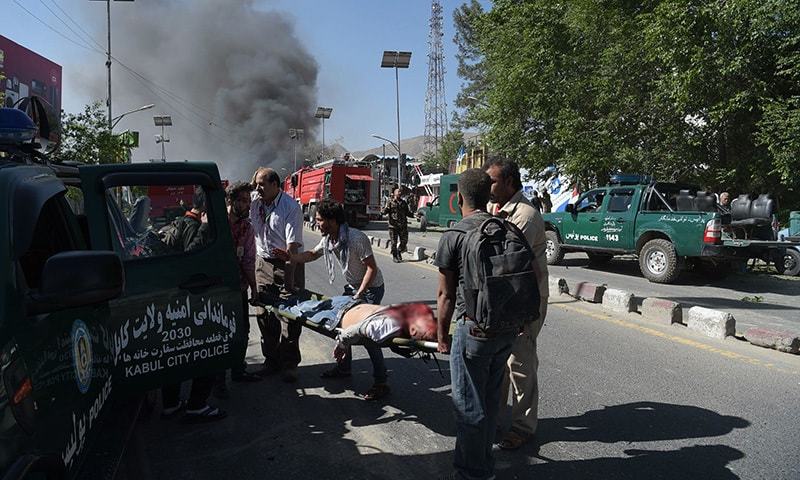 A victim is carried away on a stretcher at the site of a car bomb attack in Kabul. --- AFP

Indian Prime Minister Narendra Modi tweeted: "We strongly condemn the terrorist blast in Kabul. Our thoughts are with the families of the deceased & prayers with the injured."

France also reported damage to its own embassy and the German one, but there was no information on possible casualties. Bulgaria said its mission had been damaged and its staff evacuated. 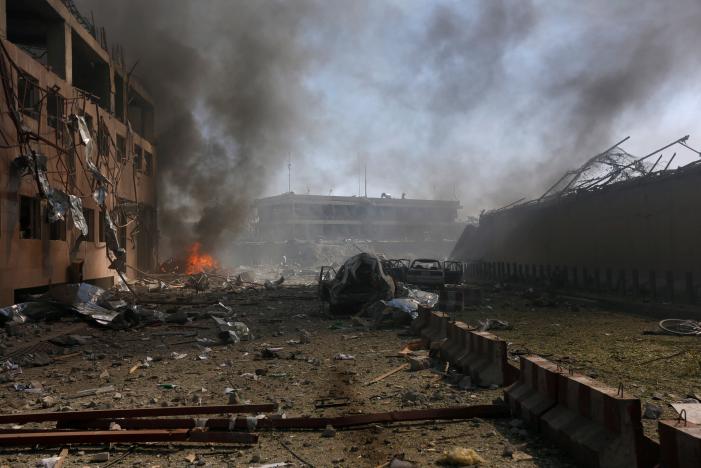 Damaged cars are seen after a blast in Kabul. --- Reuters

Pentagon chief Jim Mattis has warned of "another tough year" for both foreign troops and local forces in Afghanistan.

Afghan troops are backed by US and NATO forces, and the Pentagon has reportedly asked the White House to send thousands more soldiers to break the deadlock in the battle against the Taliban.

US troopsin Afghanistan number about 8,400 now, and there are another 5,000 from NATO allies. They mainly serve in an advisory capacity -- a far cry from the US presence of more than 100,000 six years ago.

Wednesday’s blast was the latest in a long line of attacks in Kabul. The province surrounding the capital had the highest number of casualties in the first three months of 2017 due to multiple attacks in the city, with civilians bearing the brunt of the violence.