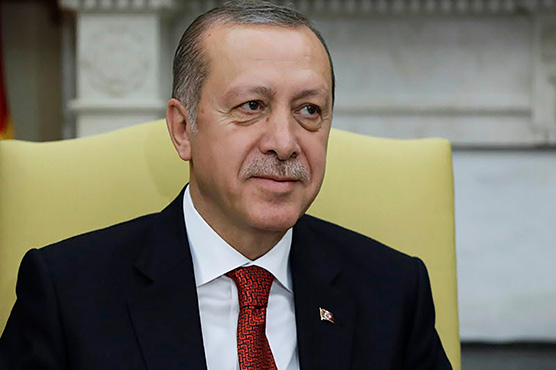 Justice and Development Party elected Erdogan as its chairman

ANKARA (AFP) - Turkey s ruling Justice and Development Party (AKP) on Sunday elected President Recep Tayyip Erdogan as its new chairman, returning him to the post he held for over a decade up until August 2014, party officials said.

Erdogan, who was the only candidate for the job at a special AKP congress, takes over from Prime Minister Binali Yildirim as the party boss following constitutional changes agreed in an April referendum on expanding his powers.

Hayati Yazici, AKP deputy chairman, announced that Erdogan had received 1,414 votes from delegates and confirmed he would return as party leader, to cheers from the audience in the Ankara stadium.

Between 2003 and 2014, he was prime minister for three terms leading what is by far the most effective Islamic-rooted political force in modern Turkish history.

But under the old constitution, the head of state had to sever ties with their political party and Erdogan in August 2014 left the AKP and stepped down as chairman after his election as president.

After the April 16 referendum on creating an executive presidency, Erdogan was able to rejoin the party and become chairman once more as he seeks to take control of the party and its direction.

In his speech after his election, Erdogan said the congress was a "new start" for Turkey and its citizens.

"In the next few months, from the fight against terror to the economy, from expanding rights and freedoms to investments, in every field, this new period will be a leap for Turkey."