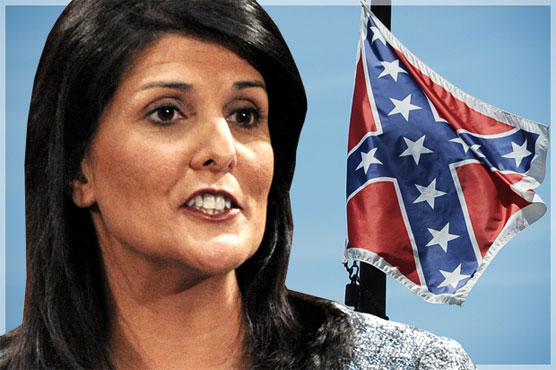 US envoy to United Nations will travel to Jordan and Turkey to focus on plight of Syrian refugees.

UNITED NATIONS (AFP) - US Ambassador Nikki Haley will make her first trip overseas this week as Washington s envoy to the United Nations, traveling to Jordan and Turkey to focus on the plight of Syrian refugees.

Haley will meet with government officials and representatives of non-governmental organizations and UN agencies during the visit from May 19 to 25.

The US administration sparked a global uproar earlier this year when President Donald Trump signed an executive order suspending the US resettlement program for refugees from Syria.

That order, which also banned entry for citizens from six Muslim countries, was blocked in US courts.

Haley said her trip to two of the hardest-hit countries by the Syria refugee crisis would show that the United States should not be accused of "heartlessness" when it comes to refugees.

"No country has invested more in protecting, housing, feeding and caring for Syrian refugees than the US," Haley wrote in an op-ed published Wednesday in The Wall Street Journal.

The United States has provided nearly $6.5 billion in aid for Syria since 2011, she said, adding that the US administration will continue to support countries on the front line of the refugee crisis.

Turkey hosts nearly three million Syrians -- out of the more than five million who have fled the war over the past six years.

In Jordan, some 657,000 Syrian refugees are registered with the UN, but the government says the true figure is 1.3 million.

A former governor for the state of South Carolina, Haley began work Trump s ambassador to the United Nations in late January.

Her first visit to the field comes as UN agencies are worried about proposed US funding cuts that could cripple the world body s humanitarian work.

Next Syria peace talks to start in Geneva on May 16: UN