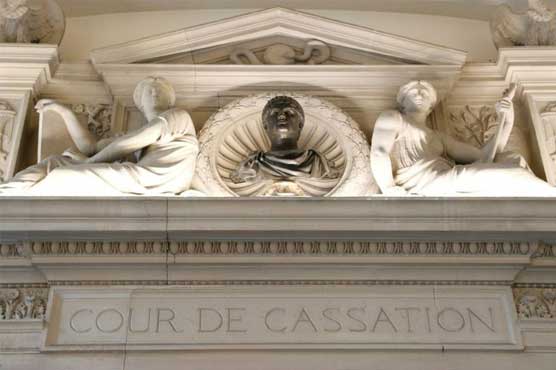 Gaetan sought to change official documents listing them as male to instead give a neutral gender.

In its ruling against the case of a 65-year-old psychotherapist who uses the pseudonym Gaetan, the court said French law does not allow judges to recognise a neutral sex.

Intersex people have characteristics such as chromosomes or sexual organs that don t clearly fit the typical definitions of male or female.

Gaetan sought to change official documents listing them as male to instead give a neutral gender.

Any judicial recognition of a sex outside the categories of male or female would have "profound repercussions on rules of French law", necessitating a slew of legislative changes, the court said.

The case of Gaetan, who lives in eastern France and is married to a woman, wound through regional courts before landing in the imposing Cour de Cassation on the River Seine in central Paris.

Two years ago, a family affairs judge in Gaetan s birthplace of Tours ruled in the psychotherapist s favour.

The following year, however, an appeals court rejected the ruling, saying it feared the "simple adjustment" of a document risked officially recognising an entirely different gender category.

I do not belong

"When I look at myself naked in the mirror, morning or night, I can see I do not belong to a man s world or a woman s world," Gaetan told AFP at the court before the proceedings.

The court Thursday said the plaintiff has, "in the eyes of outsiders, the appearance and social behaviour of someone of the male sex".

According to the United Nations, between 0.05 and 1.7 percent of the global population is intersex -- about the same percent that have red hair.

Sometimes this is apparent at birth, while at other times it becomes noticeable at puberty. Those linked to chromosomes may not be physically evident.

New York -- America s largest and one of its most liberal cities -- last year issued the first US birth certificate marked "intersex".