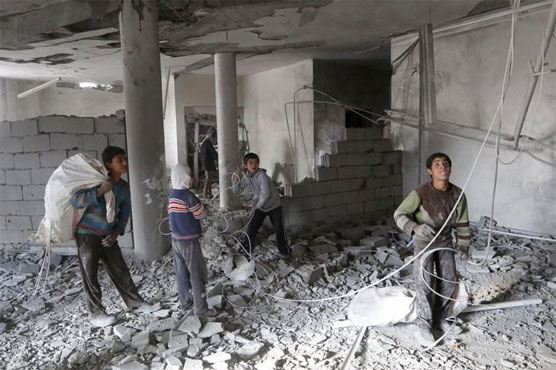 US-led strikes against IS group have killed 352 civilians since the offensive began in 2014.

WASHINGTON (AFP) - US-led strikes aimed against the Islamic State group have "unintentionally" killed 352 civilians since the offensive began in 2014, according to the US military.

The tally from the Combined Joint Task Force did not include findings from an investigation the coalition said it had launched into one allegedly particularly deadly strike on March 17 in west Mosul.

US General Stephen Townsend had said coalition forces "probably had a role in those casualties."

The statement released Sunday by Operation Inherent Resolve -- the coalition fighting the Islamic State group in Iraq and Syria -- said 42 reports of civilian fatalities were still under review.

The statement said the coalition had in February and March finished an audit of its civilian casualty report tracking.

The Pentagon said 80 civilian casualties caused by US-led strikes in Iraq and Syria from August 2014 to date had not previously been publicly announced.

Two civilian deaths that had previously been reported were found not to be attributable to the coalition, the statement said.

Critics, including monitoring groups, say the real total number of civilian casualties is much higher than the official tally reported by the US military.

The coalition insists the IS group has targeted civilians and used them as human shields, making it difficult to avoid civilian casualties despite its state-of-the-art technology.