12 soldiers dead as Saudi helicopter goes down in Yemen 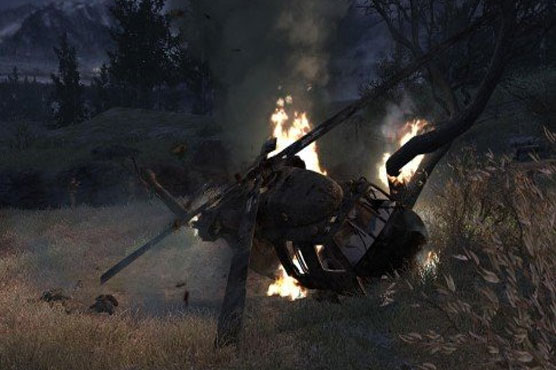 12 soldiers dead as Saudi helicopter goes down in Yemen

The Saudi Black Hawk "fell during operations in the province of Marib" east of Sanaa.

RIYADH (AFP) - Twelve Saudi soldiers, including four officers, were killed on Tuesday when their helicopter went down in Yemen, the Arab coalition fighting Yemeni rebels said in a statement.

The Saudi Black Hawk "fell during operations in the province of Marib" east of Sanaa, the coalition said in a statement carried by SPA state news agency, without clarifying the reason.

"The causes of the incident are being investigated," the statement added.

Coalition spokesman General Ahmed Assiri told AFP it was "too early" to comment on the causes of the crash, which is one of the deadliest incidents involving coalition forces in Yemen.

Saudi Arabia and the United Arab Emirates, which play key roles in the coalition, have suffered the alliance’s heaviest losses in Yemen, with dozens of soldiers killed.

In September 2015, a rebel missile strike on a coalition base in Marib killed 67 coalition soldiers, most of them Emiratis.

The United Nations says that more than 7,700 people have been killed since March 2015 in Yemen, which also faces a serious risk of famine this year.

Seven ceasefires brokered between government and rebel forces by the United Nations have failed, while UN-backed peace talks have repeatedly broken down.