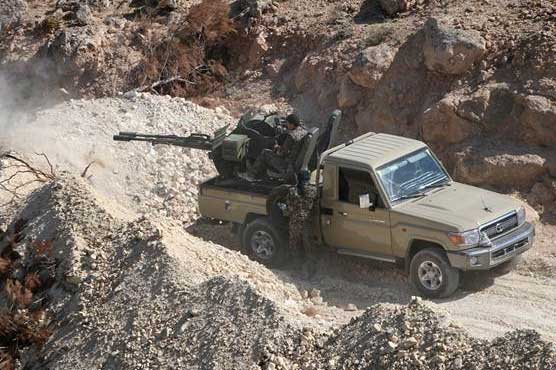 The US-led coalition has been striking IS across both countries for more than two years.

WASHINGTON (AFP) - After Iraqi security forces eventually recapture Mosul, the Islamic State group will be left with only Raqa in neighboring Syria as a bastion, and the militants’ self-proclaimed "caliphate" will be largely gone.

The US-led coalition has been striking IS across both countries for more than two years, and has long held Raqa in its sights -- an IS defeat there would be a defining endpoint of the campaign.

But Pentagon chief Ashton Carter surprised commanders last week when he declared the actual assault on Raqa could start "in the next few weeks," after British Defense Minister Michael Fallon made a similar prediction.

Privately, many high-ranking Pentagon officials were caught off-guard, and expressed skepticism the Raqa push could start so soon, given the Gordian knot of unpredictability in the chaos of Syria.

Carter’s timeline is "a little more ahead of what I have been hearing so far," one US defense official told AFP on condition of anonymity, choosing his words carefully.

Another US defense official said the military’s expectations for Raqa -- a city with a pre-war population of about 220,000 -- didn’t match Carter’s timeline.

And a third military official said that while the assault could theoretically start in weeks, it may take "single-digit months," pushing the possible timeline out to "nine months or less."

That official added the assault may yet start before 2017, "but it could drag on further for other reasons we can’t control."

"It’s up to" the local forces, he added. "We are ready if they are ready."

Even before the start of a ground offensive, likely to be fought along similar lines to the one happening in Mosul, coalition planes must complete the "isolation," "shaping" and "envelopment" of Raqa.

This entails non-stop strikes on IS fighting positions and the slicing of supply lines into and out of the northern Syrian city.

Coalition spokesman Colonel John Dorrian said those operations had already partially succeeded, and had helped cut routes from Raqa to and from Europe.

"What we’re talking about is a higher level of isolation that greatly reduces the freedom of movement of Daesh to go into and come out of that city," he said.

Military officials are grappling with a slew of unknowns that have not been at play in the Mosul fight.

Whereas Iraqi security forces are a mostly cohesive fighting force under centralized control, the US-led coalition is relying on a more nebulous fighting crew in Syria.

The Syrian Democratic Forces (SDF) number around 30,000 fighters, two thirds of whom are Kurds fighting under the banner of the Kurdish People’s Protection Units (YPG,) with Syrian Arabs broadly making up the rest.

Some among the SDF’s ranks are hardcore fighters, while others are newcomers to the conflict.

The coalition has spent months instructing SDF members, including on how to call in air strikes, but the Pentagon admits some Arab fighters still haven’t completed the weekslong training.

The murkiness about who will conduct the Raqa offensive -- US special forces will only be watching from behind the frontlines -- was hardly addressed this week by Pentagon press secretary Peter Cook, who said the number of US-backed Syrian fighters would "snowball" as operations advance.

"There are going to be more people who want to join the effort to dislodge" IS, he said without going into details.

While the United States views the YPG as its best proxy fighting force in Syria, Turkey considers it a terrorist offshoot of the Kurdistan Workers Party (PKK,) which has been waging an insurgency inside Turkey since 1984.

NATO member Turkey supports the recapture of Raqa, but wants to limit Kurdish influence and prevent Kurdish cantons on either side of Raqa from forming a contiguous bloc, as Ankara vehemently opposes the creation of a Kurdish state.

The YPG are expected to push toward Raqa but not enter the mostly Arab city, clearing the way for Arab SDF to do so.

Another question is the role Turkish troops will play -- YPG advances toward Raqa could be slowed if the fighters are looking behind their backs at the Turks.

And then there’s Russia.

While Moscow is currently focusing on Aleppo and other regions in support of President Bashar al-Assad, Russian jets are using the same air space as the coalition, prompting fears of a midair collision that could fundamentally alter the calculus.