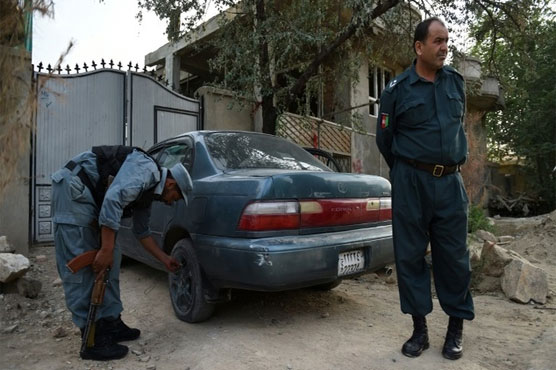 The logic is indisputable: if the car cannot be moved, it cannot be stolen.

KABUL (AFP) - Police patrol the Afghan capital on a warm Sunday, but not to hunt extremists.

Instead, they are deflating the tyres of parked cars -- a theft prevention tactic that is raising eyebrows as the country struggles to contain the growing menace of petty crime.

Kabul and its estimated five million inhabitants are at war, a prime target for Taliban-led insurgent attacks as well as assaults by a nascent Islamic State.

The capital’s fledgling police force are under pressure to prevent atrocities, so -- short on time and resources -- they have taken a scorched earth approach when it comes to tackling more routine petty crime.

The logic is indisputable: if the car cannot be moved, it cannot be stolen. 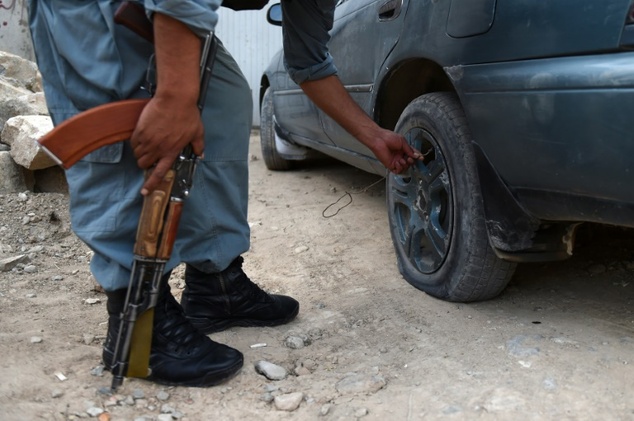 "Police politely ask the residents to not park their cars in the open... but when they prefer to pay no heed, then police may move in to remove the air nozzles as a last measure," says Feraidoon Obaidi, chief of Kabul police’s criminal investigation department.

"We can protect people from both the thieves and the terrorists," he says.

"But they should know how much energy we have to put in to stop terrorists in the city. By leaving their cars in the open, they are inviting thieves."

A series of attacks have ripped across Kabul in recent months, militants armed with bombs and guns killing dozens of people, including the assault targeting Shiites during the Ashura festival earlier in October that left 14 people dead.

Most have been carried out by the resurgent Taliban, including attacks on a global charity and a university as well as twin blasts in September that killed 41 people.

The Ashura attack was claimed by Islamic State. In July, the Middle East militant group, which is struggling to gain a foothold in Afghanistan, claimed bombings that tore through minority Shiite Hazara protesters in Kabul, killing 84 people in the deadliest attack in the capital since 2001.

Official data shows up to 300 cars were stolen in Kabul’s streets from March to July -- slightly down from last year, but still frustrating for police.

"In some cases they work in gangs, while others work individually snatching cars, especially (the ones) that can easily be unlocked," says Kabir Ahmad Barmak, chief of Kabul’s eleventh district police.

"They snatch cars parked in vacant streets especially at night, and sometimes turn them into spare parts," Barmak says, adding police have been forced to use valuable resources on special mobile patrols to tackle the problem.

Officers used to simply slash the tyres, but now take the slightly more considerate route of removing the air nozzles instead.

"When you see these thieves lurking in dark and people recklessly leaving their cars in the open, it makes you think, best way to protect is to damage the tyres," says another officer in the district, who requested anonymity.

"It is working," he adds with a triumphant smile. "Fewer people today leave their cars on streets than before."

But the tactic is angering a public frustrated with the inconvenience and financial burden of repeated repairs. 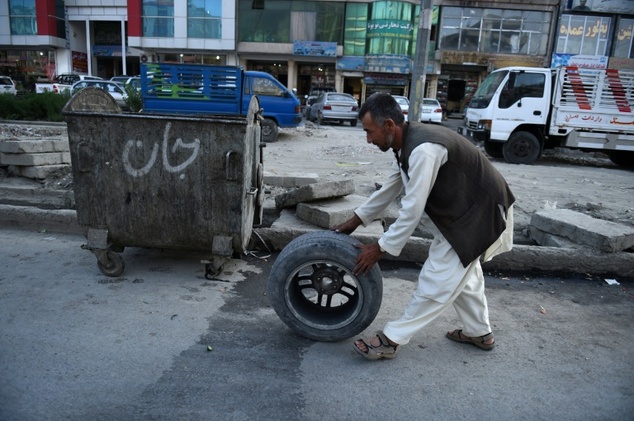 "Should one expect the police to serve or to hurt?" says Akbar, a customer at a tyre repairing unit on the roadside outside central Kabul’s "Bush Bazaar", a black market named after US President George W. Bush.

"It is not fair to puncture a car to avert theft... You park your car here for few minutes, it is either stolen by a thief, or damaged by police," he says.

"That is vandalism, not service."

Others pointed out they had little option but to leave their cars in the open.

"When you go to the city, there are not many places to park your car except the streets, and then it is gone without much hope for its recovery," says Ahmad Shoaib, whose car was stolen last month.

But there is one merry, busy segment of the capital that appears to appreciate the situation.

"Police are doing a service," says handyman Abdul Shukoor at the roadside mobile tire repairing unit, sipping from his steaming tea with a smile.

"They prevent the cars from being stolen and help me make more money. The world is fair."