30 killed in Russia raids on IS Syria bastion Raqa: monitor 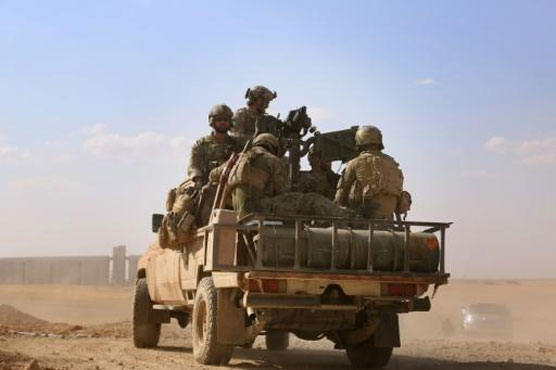 The monitor could not specify how many of those killed were IS militants.

BEIRUT (AFP) - Russian air strikes on the Islamic State group bastion of Raqa in northern Syria on Thursday killed at least 30 people, including civilians and militants, a monitoring group said.

The Syrian Observatory for Human Rights said 10 raids hit the city and its outskirts, wounding at least 70 others.

The monitor could not specify how many of those killed were IS militants.

Russia confirmed that six Tupolev warplanes carried out airstrikes around Raqa, but said it had demolished "a chemical weapons factory in the city’s northwestern outskirts."

The defence ministry said the raids also destroyed a weapons storage facility and a training camp for IS fighters to the north and southeast.

The ministry said that the militants had suffered "significant material damages" in the strikes and that "a large number of fighters have been killed."

The raids comes a day after the ministry said it would halt fire around Syria’s ravaged city of Aleppo for three hours each day to allow humanitarian aid in, an initiative the United Nations said is insufficient to meet the city’s needs.

The UN has called for urgent aid access to Aleppo and 48-hour weekly pauses for the aid deliveries, warning that civilians are at grave risk from water shortages and disease as fighting has intensified.

Fighting between government forces and rebels in Aleppo has intensified in the past month, with both sides sending in reinforcements.