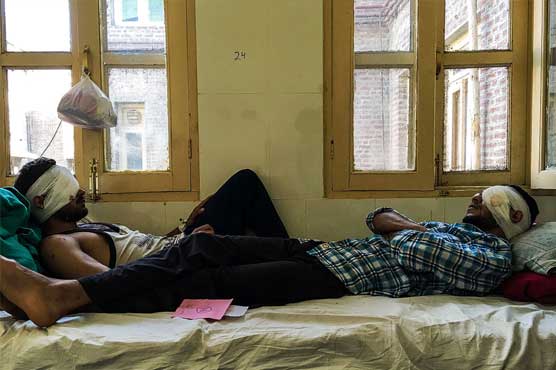 Hurriyat leaders have extended shutter down strike till July 15.

SRINAGAR (Web Desk) - Death toll during the protests in Indian-held Kashmir against the killing of separatist leader Burhan Wani reached 40 with more than 2500 injured under treatment in hospitals.

Hundreds of protesters tried to storm a military airbase in India-held Kashmir on Monday, the third day of deadly clashes between government forces and demonstrators angered by the killing of a popular young separatist leader Burhan Wani who was an alleged commander of Kashmir’s largest separatist group Hizbul Mujahideen (HM).

Police said 40 people had now died in the violence, most of them protesters killed by gunshot wounds as government forces fired live ammunition and tear gas to try to enforce a curfew imposed across the Kashmir Valley.

Thousands again defied the curfew to take to the streets on Monday. Police said several hundred protesters tried to storm an Indian Airforce base about 25 kilometres (15 miles) south of the capital Srinagar as the worst civilian unrest since 2010 spread.

Hurriyat leaders have also extended shutter down strike till July 15 after the Indian forces arrested All Parties Hurriyet Conference Chairman, Syed Ali Geelani and Mirwaiz Umer Farooq, in Hyderpora area of Srinagar, when they defied curfew and tried to march towards Naqashband Sahib in the city on the occasion of the Kashmir Martyrs’ Day..

Earlier, Pakistan Chief of Army Staff (COAS) General Raheel Sharif led the Corps commanders’ conference. Brutality of the Indian forces upon the people of occupied Kashmir was condemned during the conference whereas the Army Chief stated that the entire world needs to respect the will of the Kashmiri people.

General Raheel stated that the international community needs to play its part in order to establish peace in the occupied valley.

On the other hand, the Organization of Islamic Cooperation (OIC) had condemned, in the strongest terms, the killings of Kashmiris. 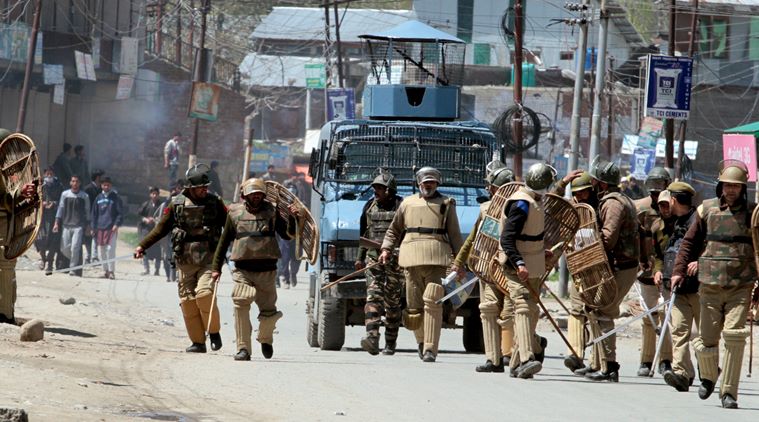 The OIC Secretary General, Iyad Ameen Madani, who expressed his sorrow over the incident, deplored the use of force by the Indian security forces on the peaceful protesters. He called for a thorough and expedient investigation on the incident to ensure that the Indian security forces cease forthwith the gross and systematic human rights violations of the Kashmiri people.

The Secretary General noted with regret the Indian attempt to malign the legitimate Kashmiri freedom struggle by denigrating it as terrorism. Meanwhile, he appreciated that the Kashmiris condemn terrorism in all its forms and manifestations. The Secretary General expressed his condolences to the families of the victims and wished the wounded fast recovery from their injuries.

On Monday, the Foreign Secretary called in the Indian High Commissioner and conveyed Pakistan’s serious concerns over the recent killings of Kashmiri leader Burhan Wani and many other civilians in Indian occupied Kashmir by the Indian military and paramilitary forces.

He observed that the use of excessive force against innocent civilians protesting peacefully over extrajudicial killings, is deplorable and a blatant violation of the Right to Life, Right to Freedom of Expression and Opinion, Right to Peaceful Protest, Right to Peaceful Assembly and other fundamental rights.