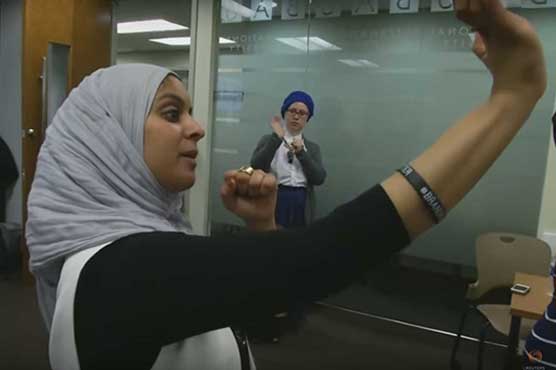 (Reuters) – With women now thought to be the targets in 80 percent of anti-Muslim hate crimes reported in the U.S., one group is helping Muslim-American women in hijab protect themselves against their attackers, with their bare hands.

The human rights activist teaches self defence workshops for Muslim women across the United States.

Muslim American Group says the number of anti-Muslim hate crimes in the US has tripled since the Paris attacks in San Bernardino shootings and they say 80% of the victims are women largely because the same hijab Muslim women wear for modesty makes them more visible.

As Syria talks near, Kerry works with Saudi allies