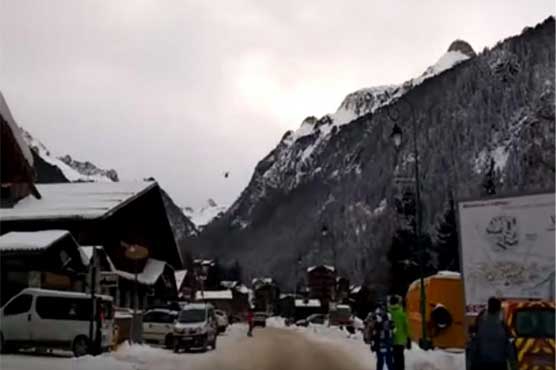 David Hetenyi, 23, died from injuries sustained in the avalanche which also killed a Frenchman

GRENOBLE, France: (AFP) - A Hungarian belonging to the French Foreign Legion became the sixth soldier to die following an avalanche in the Alps last week, the army said in a statement.

David Hetenyi, 23, died from injuries sustained in the avalanche which also killed a Frenchman, Italian, Nepalese, Moldovian and an Albanian and injured seven other soldiers.

The troops were taking part in a training exercise near the resort of Valfrejus, some 60 kilometres (35 miles) south of Albertville, when they were swept away by the snowslide.

It was the latest in a series of deadly avalanches in France as snow began to fall after an unusually mild autumn.

An investigation is under way to determine whether the team of soldiers took unnecessary risks which resulted in their death.

China study warns of 'colossal' COVID outbreak if it opens up like US, France