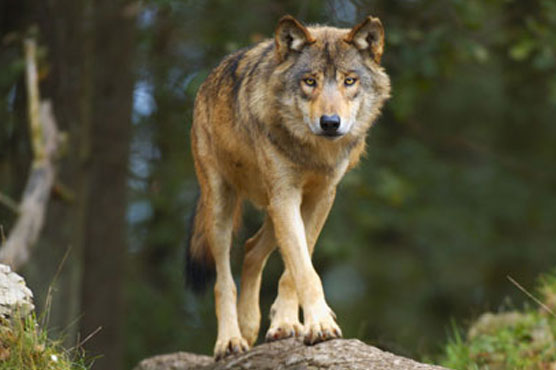 GENEVA (AFP) - Officials in Switzerland on Thursday gave the green light to shoot a wolf blamed for the deaths of 38 sheep, a decision swiftly condemned by the conservation group WWF.

A statement from the office of Jacques Melly, state councillor in the canton of Valais, said the predator s offences had far surpassed the minimum requirements needed to justify a kill order.

Swiss law allows for the shooting of any wolf that kills 25 sheep in one month, or 35 sheep over four consecutive months, the statement said.

"For the wolf that killed 38 sheep between June and August 2015...this condition is satisfied," the statement added.

Only the authorities are permitted to cull rogue wolves.

The WWF said the permission-to-shoot authorisation "does not amount to a solution."

"It is truly regrettable that 20 years after the natural return of wolves to Switzerland, there are still many herds that are not protected," the animal rights group said in a statement.

The WWF said it planned to study the case closely and would decide on any possible recourse against the decision.

"The wolf is a protected animal," the group said, calling for other measures, including the use of dogs to protect herds and avoid a repeat scenario.

Like in other European countries, wolves are enjoying a revival in Switzerland, igniting a fierce debate between wolf supporters and farmers who have lost livestock.

In January of last year, a young male wolf that experts believe was shot illegally was found dead in the Calanda mountain range, near the city of Chur.

It was part of a 10-wolf pack, the first to have been spotted in Switzerland since the mid-1990s.