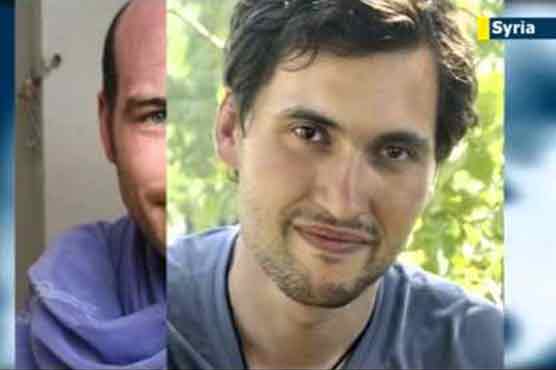 The ministry declined to give details of the case but Foreign Minister Margot Wallstroem thanked the Palestinians and Jordan for helping secure the men s release.

"A special thanks to Palestine and president (Mahmud) Abbas personally who engaged in a decisive way, as well as to the Jordanian authorities," she said in a statement to news agency TT.

The Palestinian ambassador to Sweden Hala Husni Fariz said the men, who were freed on Friday, had been kidnapped by Al-Qaeda s Syrian affiliate, the Al-Nusra Front.

"We are very happy that we could contribute to freeing the two Swedes," she told TT, adding that Palestinian security services had helped negotiate their release for over two months.

She said the men had been held in an area close to the Jordanian border.