Obama regrets deaths of two hostages in US drone strike 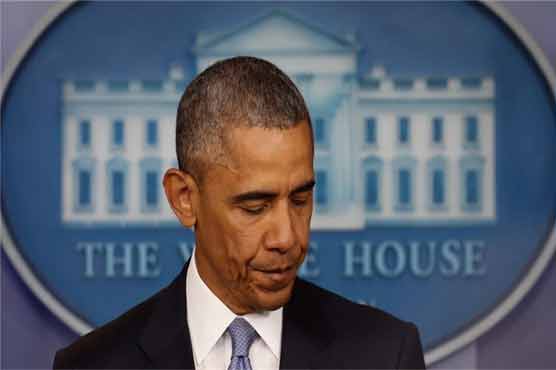 Obama revealed that US drone strikes in Pakistan inadvertently killed an American and an Italian.

WASHINGTON (AP) - President Barack Obama revealed Thursday that U.S. drone strikes in Pakistan inadvertently killed an American and an Italian, two hostages held by Al Qaeda, as well as two other Americans who had leadership roles with the terror network.

Obama somberly said he took full responsibility for the January CIA strikes and regretted the deaths of hostages Warren Weinstein and Giovanni Lo Porto, an Italian aid worker. The president cast the incident as a tragic consequence of the special difficulties of the fight against terrorists.

The incident is likely to spark fresh scrutiny of Obama s frequent use of drones to target terrorists and his pledge to strike only when there is "near certainty" that no civilians will be harmed.

Weinstein, nearing the end of a contract assignment with the U.S. Agency for International Development, and Lo Porto were killed during a drone strike against an Al Qaeda compound in Pakistan, near the Afghan border. U.S. officials said the compound was targeted because intelligence showed it was frequented by Al Qaeda leaders. That same intelligence offered no indication the hostages were there, the officials said.

Ahmed Farouq, a dual U.S.-Pakistani national who was an Al Qaeda operations leader in Pakistan, was killed in the strike, along with a small number of members of the terror organization, the officials said. Adam Gadahn, an American who served as an Al Qaeda spokesman, was killed in a separate strike on a second compound.

"It is a cruel and bitter truth that in the fog of war generally and our fight against terrorists specifically, mistakes sometimes deadly mistakes can occur," Obama said at the White House.

U.S. officials said Farouq and Gadahn were not specifically targeted in the operations and there was no evidence they were at either compound. The officials said had they reviewed hundreds of hours of surveillance of the compounds, including continuous monitoring of the facility where Farouq was killed in the days leading up to the strike.

"We believed that this was an Al Qaeda compound, that no civilians were present and that capturing these terrorists was not possible," Obama said. "And we do believe that the operation did take out dangerous members of Al Qaeda."

The president said he had ordered a review of the incidents to help identify any changes that might be made to prevent similar deaths in the future.

The CIA drone program has killed Al Qaeda leaders, Pakistani Taliban fighters and other militants hiding in tribal regions, sparking anger across Pakistan over allegations of widespread civilian casualties. Since 2004, the U.S. has carried out some 400 suspected drone strikes in Pakistan, according to the New America Foundation s International Security Program, which tracks the American campaign.

White House spokesman Josh Earnest said Obama did not personally sign off on the two drone strikes but believes they fell within the guidelines he has set for counterterror missions. Earnest also said the president did not regret the deaths of Farouq and Gadahn.

Officials said it became evident in the weeks after the strikes that Weinstein, the American hostage, might have been killed. A final assessment was reached in recent days and administration officials started briefing members of Congress.

In a statement, Elaine Weinstein said the assistance her family received from the U.S. government was "inconsistent and disappointing."

"We hope that my husband s death and the others who have faced similar tragedies in recent months will finally prompt the U.S. government to take its responsibilities seriously and establish a coordinated and consistent approach to supporting hostages and their families," she said.

The White House said compensation would be paid to the Weinstein and Lo Porto families.

Weinstein, a 73-year-old development worker, was abducted in August 2011. His capture came just four days before his seven-year stint with the U.S. Agency for International Development was to end.

Lo Porto was working for the German aid group Welthungerhilfe when he was captured in Pakistan in January 2012. He was kidnapped together with German Bernd Muehlenbeck, who was freed last year.

Renzi expressed his "profound pain" over Lo Porto s death, saying the aid worker had "dedicated his life to the service of others."

The two American Al Qaeda operatives killed in the strikes had assumed senior roles in the terror organization, though U.S. officials said they were not considered high-value targets.