11 die as bus plunges into ravine in Tajikistan 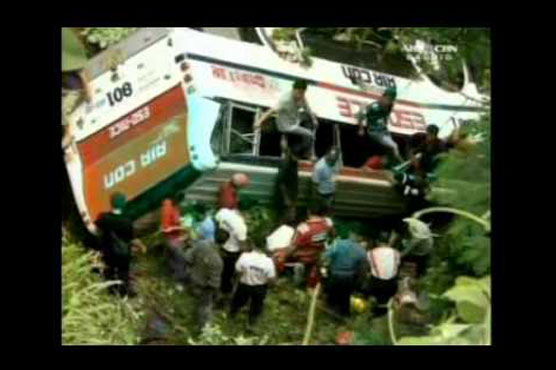 Minibus was driving in fog between mountain villages 300 KM north of the capital Dushanbe.

DUSHANBE (AFP) - Eleven died, including one child, when a packed bus plunged into a mountain gorge in the former Soviet republic of Tajikistan on Wednesday, the interior ministry told AFP.

The minibus was driving in fog between mountain villages 300 kilometres (186 miles) north of the capital Dushanbe in the Central Asian country.

Road accidents are rife in the impoverished and 93-percent mountainous country. Six people died when another passenger minibus fell into a ravine on Tuesday.