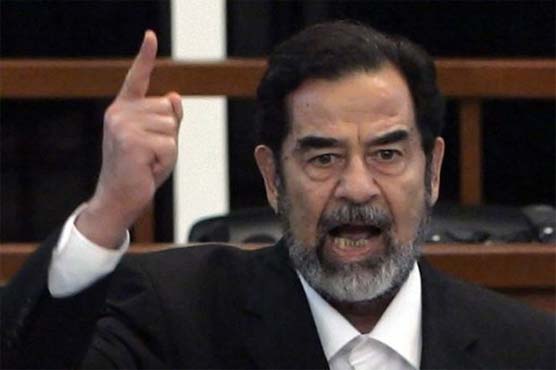 Howard Blumenthal, 76, of Fort Lee, New Jersey, had faced up to five years in prison.

NEW JERSEY (AP) - A man who pleaded guilty to trying to sell firearms believed to have been owned by Saddam Hussein s family was fined $5,000 by a federal judge Monday.

Seven guns with an estimated value of $250,000 to $350,000 were seized in December 2012. Among the firearms were a .357 semi-automatic pistol featuring a gold medallion "QS." That s presumed to indicate the late Iraqi president s son, Qusay.

Blumenthal was recruited to help round up potential buyers for the smuggled guns, prosecutors have said. They say he went to a New Jersey restaurant in July 2012 to meet with three other people who were indicted in the scheme, so they could discuss the sale of six of the seven weapons.

The investigation into the plot began in April 2012, when federal law enforcement officers learned of plans to sell the weapons.

Two other people charged in the case are awaiting trial, while a third has pleaded guilty and is awaiting sentencing.