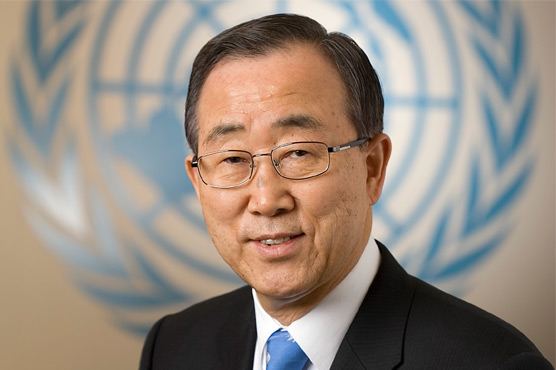 They were not expected to travel outside the airport s concrete blast walls, manned by AU machine gunners, into the city itself.

Al-Qaeda-affiliated Shebab insurgents have in recent months lost swathes of territory and towns to the AU force and Somali government troops, but remain a potent threat.

This year they have launched attacks in the heart of Mogadishu, including brazen commando raids on the presidential palace and parliament.

Ban s brief touchdown in Mogadishu follows a visit by UN Security Council ambassadors in August to the city, and comes amid repeated warnings of a humanitarian crisis and a shortfall in funding.

Some 218,000 children under five are acutely malnourished in Somalia, a rise of seven percent since the beginning of the year, the UN s Office for the Coordination of Humanitarian Affairs (OCHA) warns.

Despite Shebab fighters pulling out of several towns, OCHA said in its latest report that AU and Somali government "military gains are yet to translate into predictable humanitarian access".

The UN says it has just over a third of the cash it needs, having received $318 million of $933 million it has appealed for.

Why is North Korea firing so many missiles?