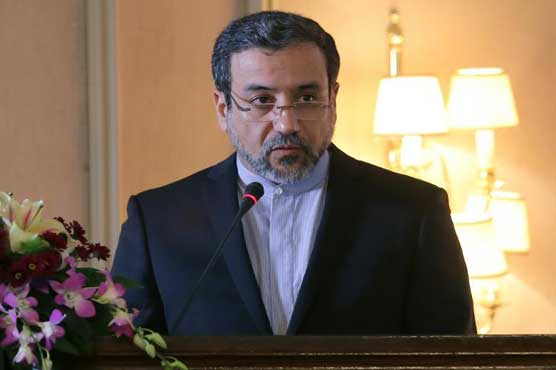 Tehran has long insisted that its nuclear activities are entirely peaceful.

The meeting will follow similar discussions with American, Russian and French negotiators this week ahead of the resumption of political talks between Iran and the main P5+1 group of world powers on Monday in Vienna.

"Mr Hans Dieter Lucas, the German representative at the P5+1 talks, will travel to Tehran to attend a seminar" organised by Iran's Foreign Ministry, Araqchi was quoted as saying by the official IRNA news agency.

"We will have bilateral nuclear talks with him" on the sidelines, said Araqchi who is in Geneva leading Tehran's negotiators in meetings with US counterparts.

The flurry of bilateral talks seek to bridge differences that have so far hindered progress in negotiations over Iran's atomic programme, which Western powers suspect masks military objectives.

Tehran has long insisted that its nuclear activities are entirely peaceful.

Representatives from Iran and the five permanent members of the UN Security Council -- Britain, China, France, Russia and the United States -- plus Germany are seeking a comprehensive accord with Iran.

Next week's talks in Vienna come one month ahead of a July 20 deadline for a final settlement, following an interim agreement struck in November last year.

A comprehensive agreement would purportedly curb Iran's atomic activities in exchange for a lifting of economic sanctions imposed on Iran in recent years by the United States and the European Union.