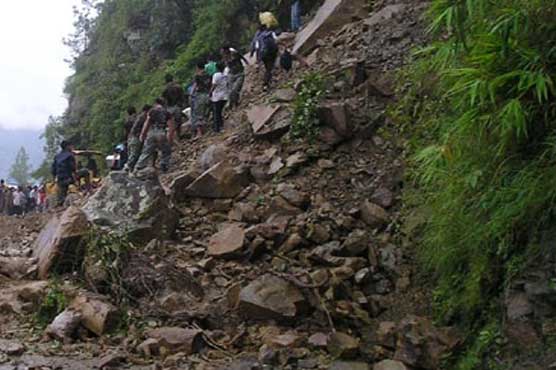 The rain also caused rivers to overflow, killing another minor.

Rescuers continued to toil in the sand following the landslide which fell on two homes late Monday after rain drenched the mountains region.

The rain also caused rivers to overflow, killing another minor who was swept away by the current when he was swimming in the town of Tierra Blanca on Monday, said local civil protection director Salvador Cruz Garcia.

Kareena gets mobbed by fans in DubaiIrrfan to interact with dabbawalas for Ritesh Batra's LunchboxRanbir, Katrina to be seen togetherSanjay Dutt seeks parole for treatment
I have no grudge against SRK: Arjun RampalI allow my children to watch all films: Shah Rukh Big fire closes Nairobi airport; flights reroutedArshad most secured actor in Bollywood: Shah