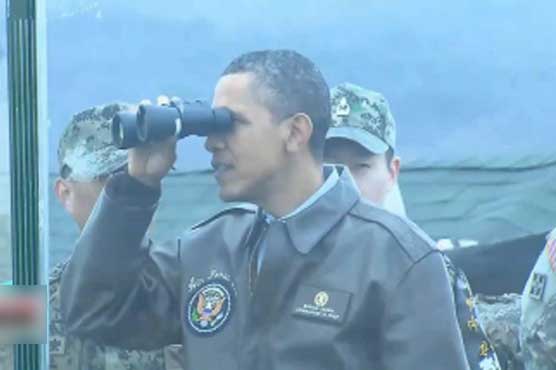 President Barack Obama is marking the 60th anniversary of the end of the Korean War.

WASHINGTON (AP) - Obama is delivering remarks Saturday at a commemorative ceremony at the Korean War Veterans Memorial on the National Mall.

The 1950-1953 Korean war pitted North Korean and Chinese troops against U.S.-led United Nations and South Korean forces. It ended on July 27, 1953 60 years ago Saturday with the signing of an armistice.

But a formal peace treaty was never signed, leaving the Korean Peninsula in a technical state of war and divided at the 38th parallel between its communist north and democratic south.

At least 2.5 million people were killed in the fighting.

In a proclamation declaring Saturday as National Korean War Veterans Armistice Day, Obama says the anniversary marks the end of the war and the beginning of a long and prosperous peace.

In the six decades since the end of hostilities, Obama said, South Korea has become a close U.S. ally and one of the world's largest economies.

He said the partnership remains "a bedrock of stability" throughout the Pacific region, and gave credit to the U.S. service members who fought all those years ago and to the men and women currently stationed there.