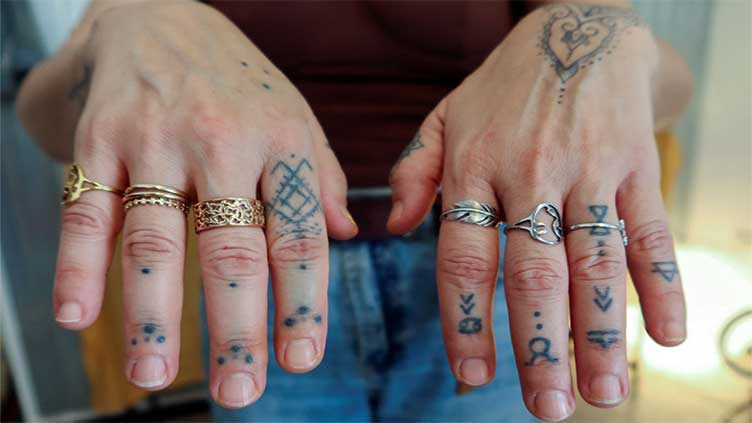 KAIROUAN, Tunisia, (Reuters) - Tunisian tattoo artist Manel Mahdouani is reviving traditional Berber designs that had long been considered unfashionable but are now gaining in popularity among a hip new generation.

Few Tunisians now speak the Berber languages more commonly found in Algeria and Morocco, and outward signs of Berber cultural identity are often relegated to motifs found on the handicrafts mass-produced for tourists.

Among Tunisians, they were seen as symbols of an impoverished past but some younger people are now becoming interested in their Berber roots and turn to Mahdouani, 35, to connect them to it with tattoos.

"Every symbol and tattoo has a meaning," said Loula, who had had a series of dark blue dots tattooed across her upper chest. She said she prized the way each marking signified a part of a woman’s tribal or family identity. 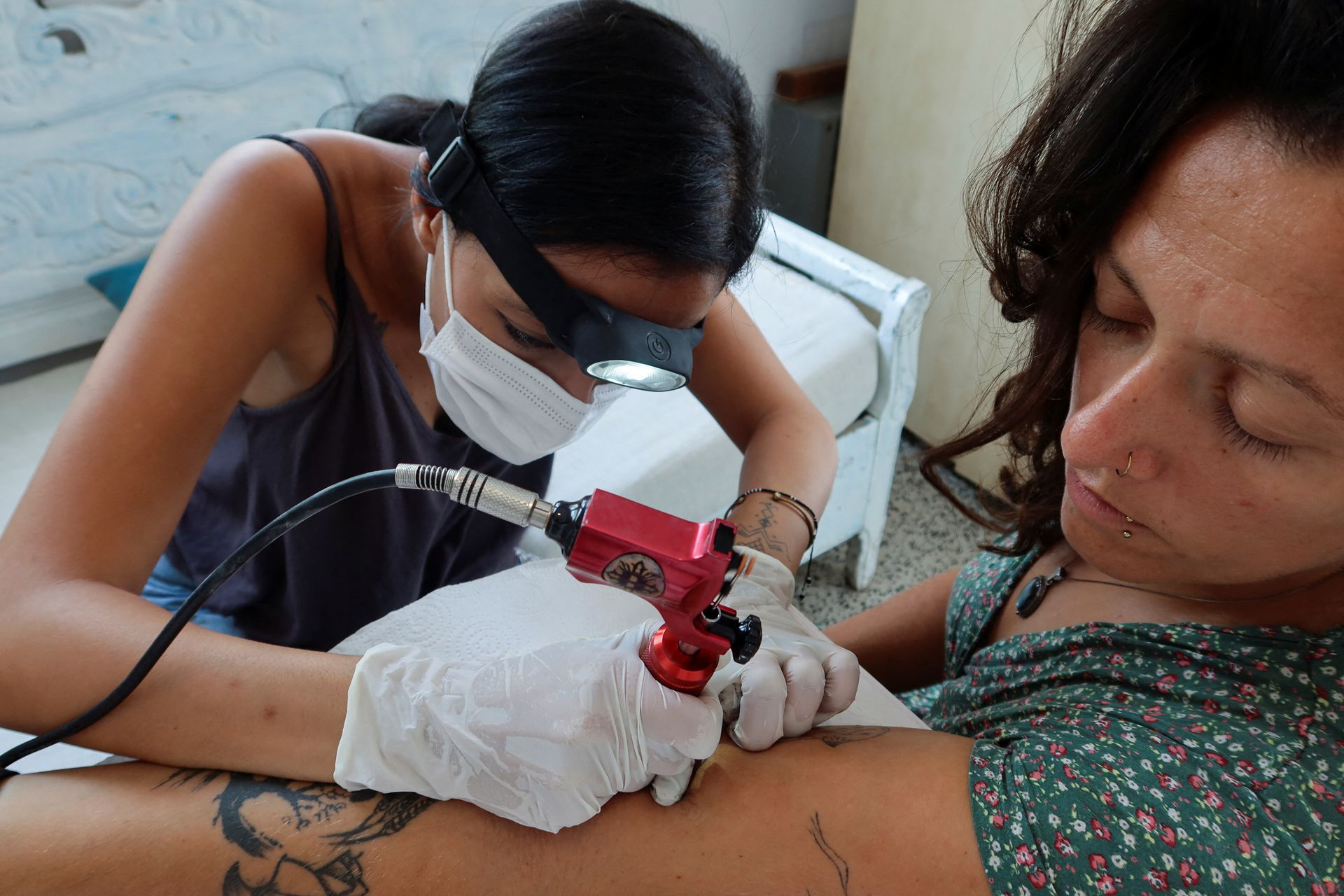 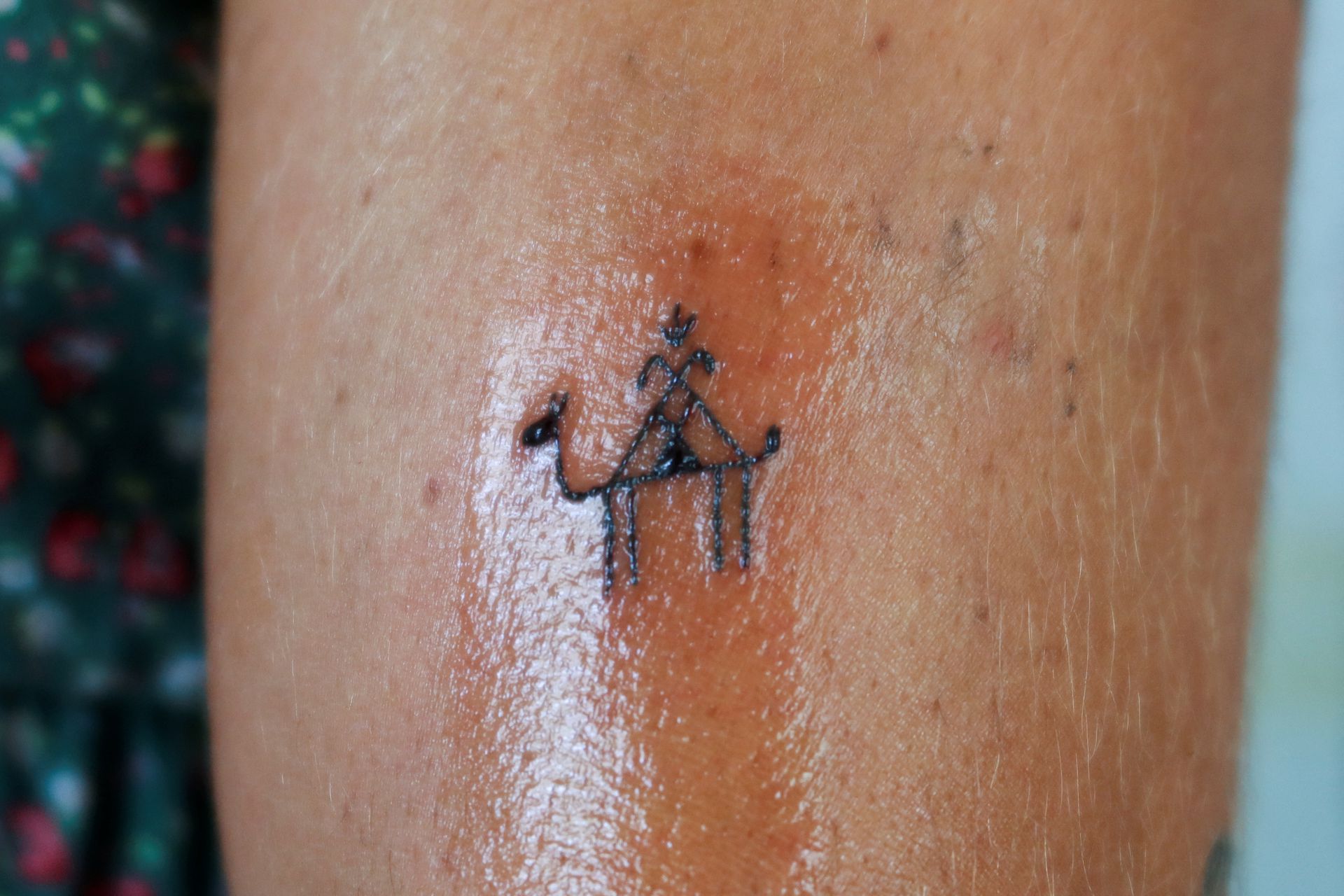 "It means a woman’s history is written on her. It’s like a Facebook wall and this is my wall," she said, asking not to give her family name.

As tattoos took off around the world, some younger Tunisians took up the trend, but without looking back at their own tradition of body art.

Mahdouani said many Tunisians had grown to see Berber tattoos as low class or disreputable. "People used to say it was backwards," she said.

"I wanted to change this idea. Just as there are Maori and other tribal tattoos known all around the world, we should take pride too in a tradition going back 6,000 years in Tunisia," she said.

Mahdouani has researched the traditional "tekaz" tradition of Berber tattoos, collecting designs and learning about the custom of using body art to ward off disease or bad luck through particular symbols on different parts of the body. 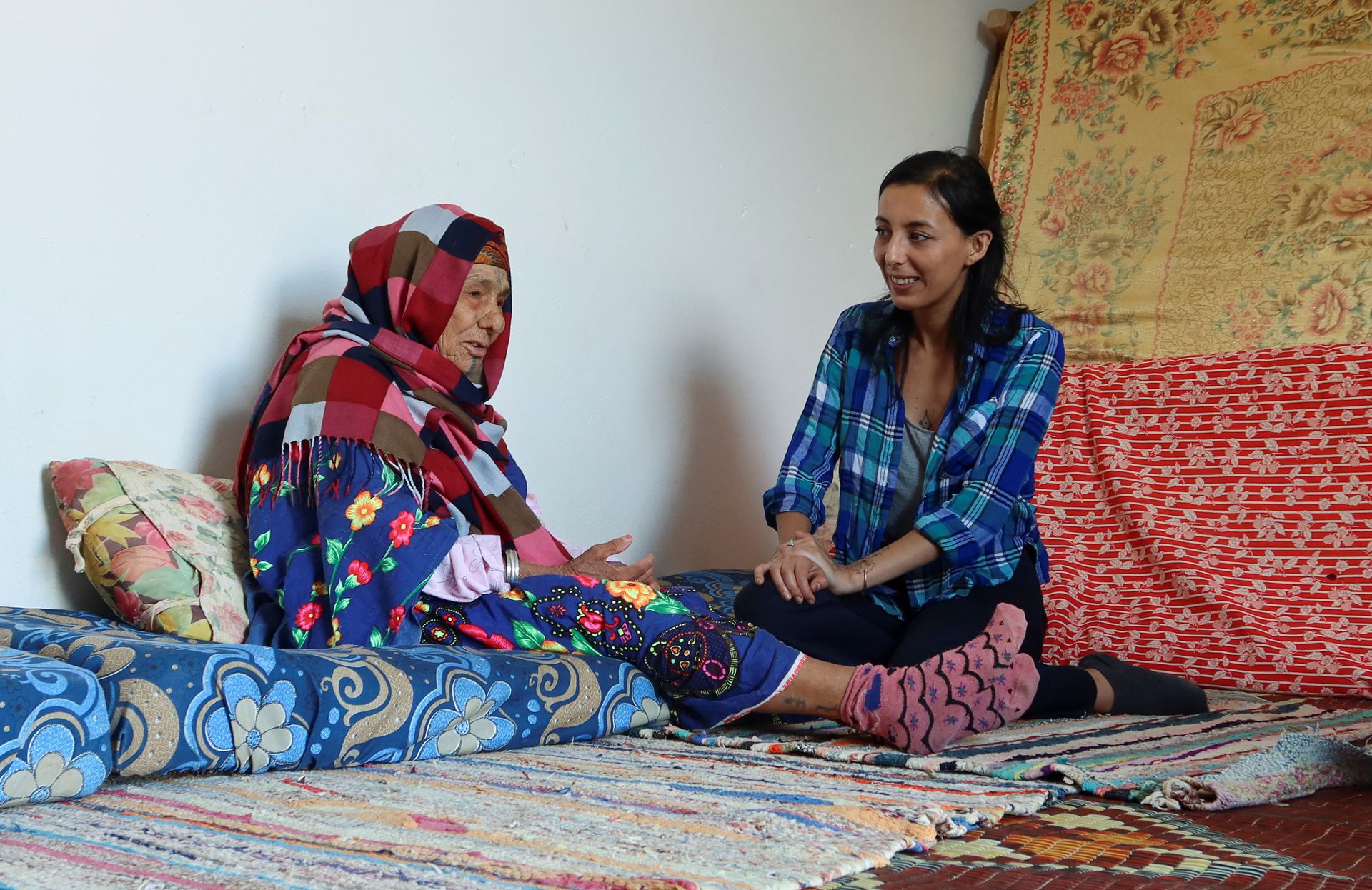 Seiada Issaoui, a Tunisian Berber woman with inks marks on her face, sits with Manel Mahdouani, a tattoo artist who is reviving traditional Berber designs, at her home outside the central city of Kairouan, Tunisia September 23, 2022. (REUTERS-PHOTO)

In a village outside the central city of Kairouan, Mahdouani quizzed Seiada Issaoui, an elderly woman with ink marks on her forehead, cheeks, nose and chin, about the prevalence of tattoos when she was young.

"Everyone was tattooed. On their legs, arms and chests as well," Issaoui said.

"My goal is to let the youth know that this is part of their civilisation, their country and their history and even if they don’t want it themselves they will at least know what it means when they see it on a woman in the street," she said.