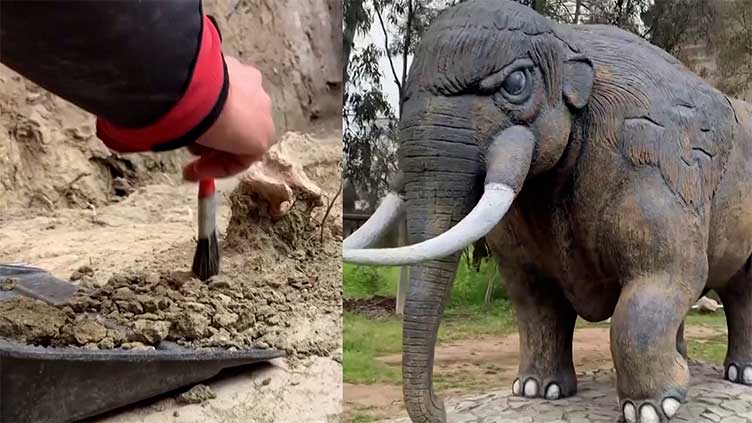 SANTIAGO, (Reuters) - Gomphotheres, an extinct relative of the modern elephant, roamed southern Chile thousands of years ago and might have been the target of group hunts by inhabitants of the region, Chilean scientists hypothesize after a recent discovery.

The large creatures weighed up to 4 tonnes and could reach 3 meters (9.8 feet), leading scientists to believe that they were the target of group hunts from inhabitants in the region.

"The hypothesis we’re working with is that it’s about hunting, hunting events," said Carlos Tornero, an archeologist working on the site. "We think this because the Gomphothere is a very large animal and dangerous and it probably required several people (to hunt)."

Scientists say the discovery will also allow them to study the wider human impact on the region and how a changing climate affected animals in the area during that time.

"We can get a lot of information from here, for example with regards to climate change, how it affected animals," said Elisa Calas, an archaeologist also working on the site. "The influence humans had on the environment which is very in line with what’s happening now in terms of the environment."