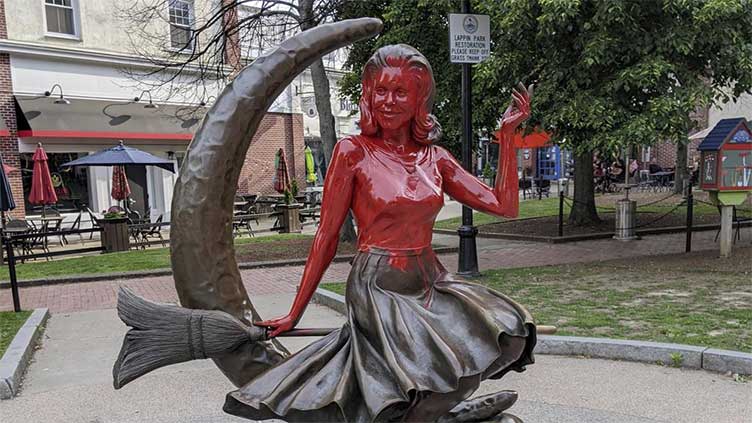 SALEM, Mass. (AP) — A man will be sentenced to 18 months of probation after pleading guilty to vandalizing the “Bewitched” statue by dousing the Salem, Massachusetts tourist attraction with red paint over the summer.

The 32-year-old resident was originally sentenced to a year in jail, but a Salem district court judge suspended the sentence on conditions the man repay the cost of repairing the damage inflicted on the bronze statue, The Salem News reported Tuesday.

The statue depicts actor Elizabeth Montgomery — as lead character Samantha Stephens in the 1960s sitcom — sitting on a broomstick in front of a crescent moon.

In June, a prosecutor said the man was “going through a rough time and wanted to do something to get arrested,” and was held on bail. His attorney said he had been living in a shelter for two weeks since his marriage ended, and had been looking for a new job.

He was also charged with disorderly conduct, which will be dismissed after 30 days.

The statue was erected in the city famous for the 1692 witch trials in 2005, despite protests from some who said it trivializes the tragedy of the trials.