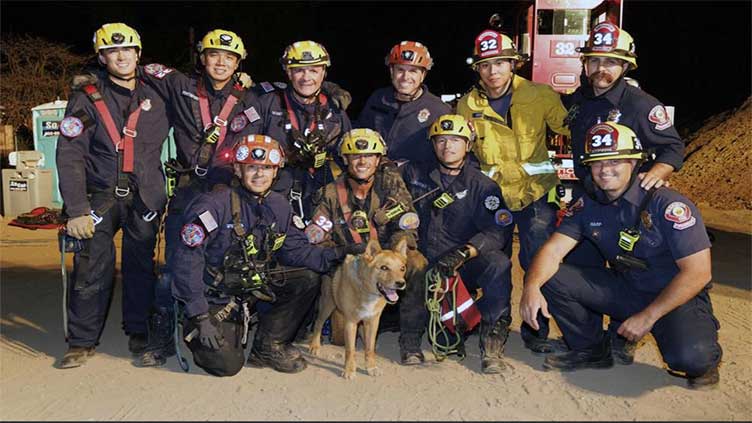 PASADENA, Calif. (AP) — Firefighters have rescued a 13-year-old blind dog that fell into a hole at a California construction site.

According to KABC-TV, the dog, named Cesar, lives next to the site in Pasadena with his owner. The dog apparently wandered onto the site, said Cesar’s owner Mary, who declined to give her last name.

Mary was alerted by the barking of her other dog. Cesar responded and she could hear he was no longer in her own yard. A Pasadena search and rescue team soon responded to the scene.

“There’s a lot of steps we need to do to make it as safe as possible. For not just the dog but also our rescuers,” Augustin said.

The team hooked up a series of ropes and pulleys to lower one team member into the hole. It took the team member about 12 minutes to reach the dog, secure him in a harness and bring him back to the surface.

Cesar appeared to be healthy and uninjured after he was retrieved from the hole. He shook off a heavy coat of construction dirt and dust and was reunited with his owner at the scene.