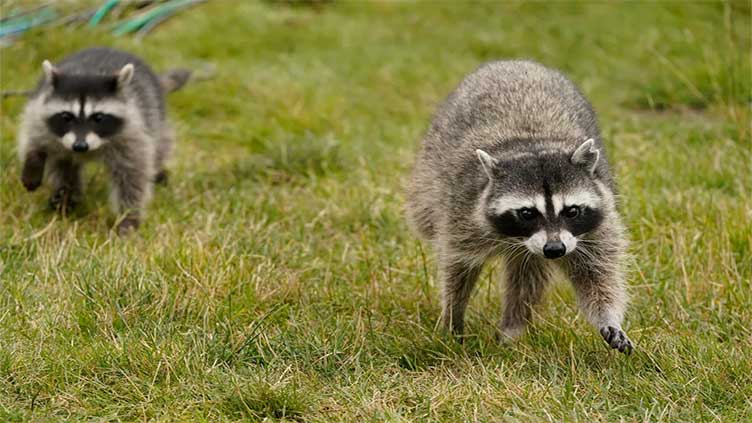 MADDOCK, N.D. (AP) — A woman walked into a North Dakota bar carrying a raccoon, leading health officials to warn those who had contact with the animal about possible rabies exposure.

Bartender Cindy Smith said she was serving drinks at the Maddock Bar last week when a local resident brought in the animal during happy hour. There were about 10 people in the saloon at the time, she said.

Smith said she immediately asked the woman to leave but instead she took the raccoon around the bar to show another customer. The woman eventually departed with the animal after about five minutes.

“We finally got her out with it, and that’s all that happened,” Smith told The Bismarck Tribune. “It never left her arms one time, and there was absolutely no biting.”

Maddock is town of about 500 people located about 85 miles (137 kilometers) from the Canadian border.

Rabies is a viral infection that affects mammals, including humans. In an alert issued Tuesday, North Dakota’s Health and Human Services Department is asking anyone who may have been bitten or had contact with the raccoon’s saliva to seek medical care.

“Because rabies is such a serious disease with a nearly 100% fatality rate, we are making this information available to the public as a precautionary measure,” epidemiologist Amanda Bakken said in a statement.

Six rabid animals have been reported in North Dakota this year, including two bats, two cats, one bovine and one skunk.

Said Smith, “I had no idea what she was thinking.”