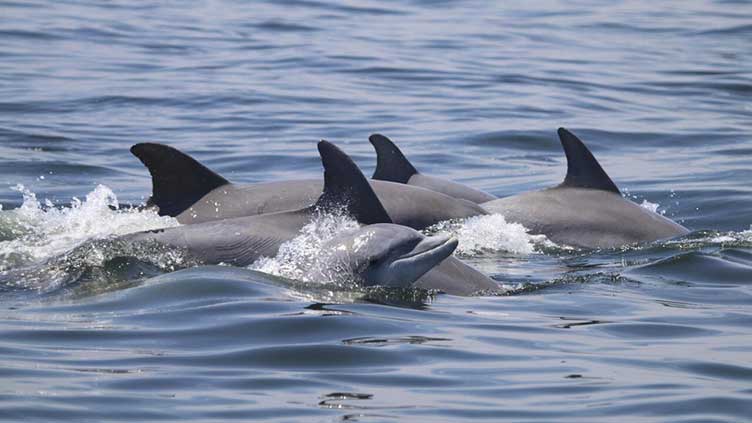 NORWICH, Conn. (AP) — A wayward dolphin has been swimming in a Connecticut river after making its way upstream from Long Island Sound.

The dolphin was first spotted Thursday morning by fishermen along the Thames River. A video posted to Facebook shows the dolphin jumping around near the Norwich Marina, about 15 miles (24 kilometers) from the Sound. Eventually, the animal rescue team at Mystic Aquarium was notified. They have been monitoring the situation along with the National Oceanic and Atmospheric Administration.

The ocean mammal was spotted in the same area again on Friday morning.

The dolphin appears to be small and may be a juvenile, said Alexandra Cojocaru, the aquarium’s animal rescue technician.

It’s possible it was looking for food or simply got turned around and separated from its pod, she said.

Cojocaru said it’s unusual, but not unheard of, for a dolphin to make its way into the river, and she is hopeful it will eventually find its way back to Long Island Sound without needing to be rescued.