(Reuters) - An exceptionally well-preserved Roman floor mosaic, showing a rich variety of fish, animals, birds and ships, has returned to the site where it was first found in a Tel Aviv suburb after a decade-long tour of some of the world’s top museums.

The 1,700 year-old mosaic, from the late Roman period, was discovered in 1996 during highway construction work, but was not put on display until 2009, when sufficient funding to preserve it was donated.

The colorful mosaic, 17 metres (55 ft) long and about 9 metres (29 ft) wide, may have served as the foyer floor of a mansion in a wealthy neighborhood of Lod, near what is now Tel Aviv, the Israel antiquities Authority said in a statement. 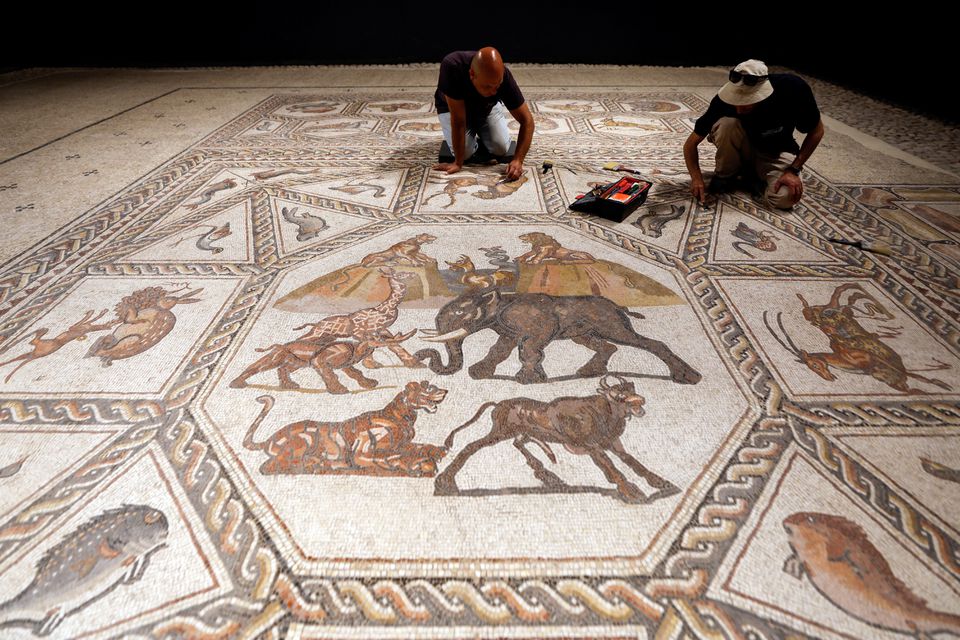 "The owner was probably a very rich merchant because he travelled throughout the world and he saw things, like all the ships and the fish on display in the mosaic," said archaeologist Hagit Torge from the Israel Antiquities Authority.

The design of the mosaic was influenced by North African mosaics and lacks any depiction of people, suggesting it may have belonged to a Christian or a Jew who wanted to avoid pagan attributes such as depiction of Roman gods, said archaeologist Amir Gorzalczany from the Israel Antiquities Authority. 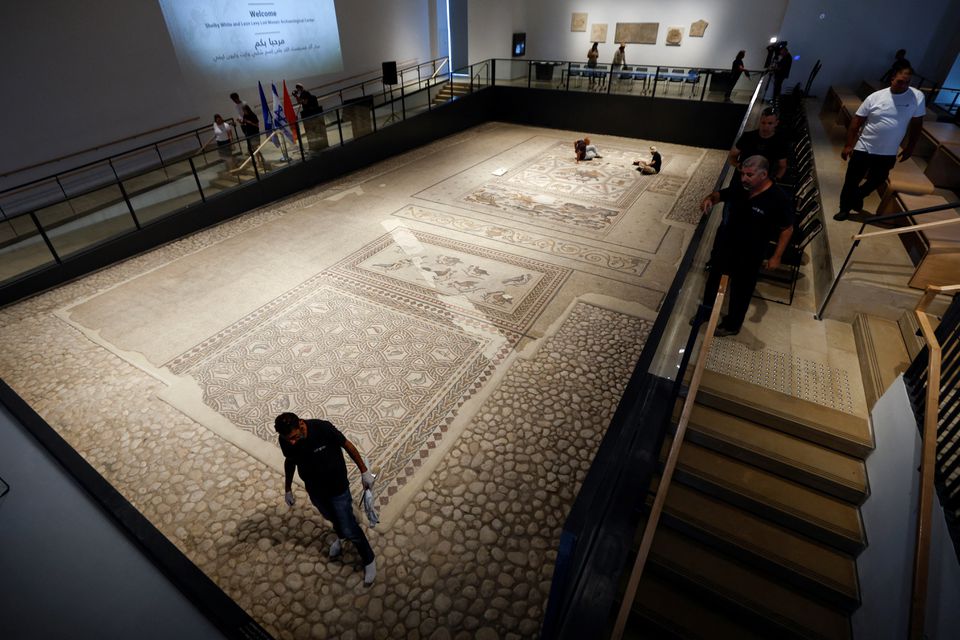 The mosaic will now be exhibited at an archaeological centre built where it was found, in Lod.