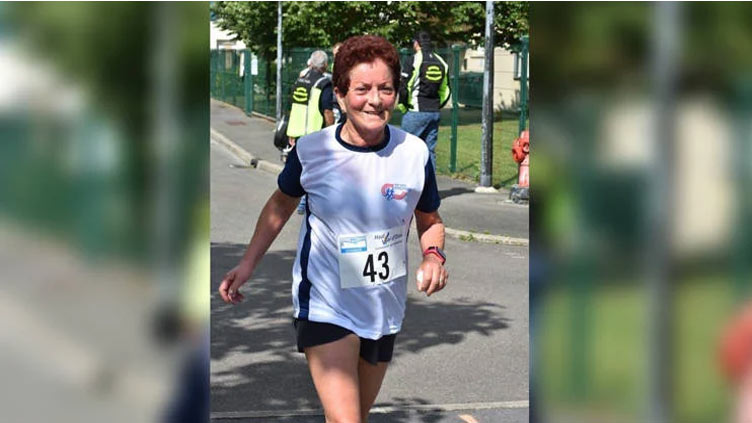 At the end of last month, during the French Championships held in Brive-la-Gaillarde, 82-year-old Barbara Humbert broke the world record for the longest distance run in 24 hours for her age category. A German woman had run 105 kilometers (65.2 miles) on tarmac a few years back, and Barbara had her sights on improving that record by about 15 kilometers. She exceeded her own expectations, though, smashing through the old world record with a recorded distance of 125 kilometers covered in 24 hours. Not bad for an 82-year-old great-grandmother, is it?

Although you’d swear she has been running marathons her entire life, Barbara only took up running at the age of 43, during the time that her daughter started preparing for her high-school graduation exam. After being taught a proper breathing technique, the French woman put on her sportswear and started running through the streets of Bouffémont (in Val-d’Oise) where she lived.

That first leisurely run through the streets of her hometown soon turned into urban races, and then into full marathons. In the 39 years she has been running for, Barbara Humbert took part in 137 races and 54 marathons, including the Paris and New York marathons.

“I have a feeling of freedom when I run in the streets. I enter a form of meditation. I clear my mind,” the octogenarian told the Ouest France newspaper after her most recent achievement.

Speaking about the race itself, Humbert said that she didn’t feel fatigued at all throughout the 24 hours, she never felt sleepy during the night, and she forced herself to eat and drink. However, the fatigue kicked in after she crossed the finish line, and she believes this was one of the reasons why it took days for her to realize the importance of her achievement.

Asked what gave her the energy to push herself to the limit, Barbara said that it was her husband, who spurred her onward from a roadside refueling table throughout the whole 14-hour race, and her desire to make others proud, more specifically, the members of her running club, Saint Brice Athlétisme (SBA).

Throughout her impressive running career, Barbara Humbert has experienced several injuries, including hip pain, a sprained ankle, sciatica, but she never let these problems get in the way of doing what she loves most.