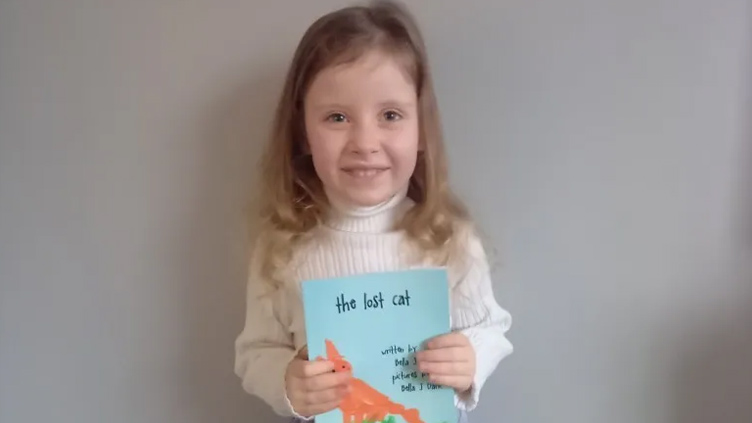 (Web Desk) - A 5-year-old British girl earned a Guinness World Record when she published a book that she wrote and illustrated.

Guinness World Records confirmed Bella Jay Dark earned the record for youngest person to publish a book (female) when her book, The Lost Cat, sold more than 1,000 copies, the minimum set by the record-keeping organization.

Dark wrote and illustrated the book with help from her mother, Chelsie Syme, and the tome was published by Ginger Fyre Press.

"Both her dad and I are very proud," Syme told The Dorset Echo. "It s about a cat that goes out getting lost and realizes she should not go out without her mum, so it has got a good message to it."

"She has done the all the drawings by herself apart from one towards the back her older sister Lacey-May produced," Syme said. "This achievement is well deserved for all the hard work and dedication she s put into The Lost Cat, and which we re sure she will continue to do with her up and coming books. Watch out for The Lost Cat 2."