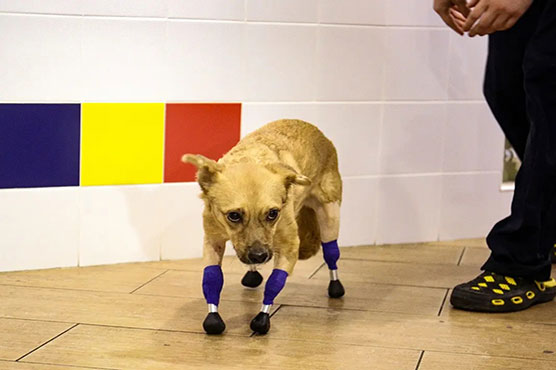 MOSCOW (AFP) - Monika the Russian rescue dog is ready for her new life after she was fitted with four prosthetic titanium paws in a pricey and complex operation paid for by a crowd-funding campaign.

Two weeks after the procedure, the small beige pooch is still weak and tired, but she s back on her feet again.

"Luck and experience played its part," said Sergei Gorshkov, the vet who completed the challenging op.

The 33-year-old from the Siberian city of Novosibirsk has fitted artificial limbs on more than 30 furry patients, including a quadruple transplant on a cat.

But this was the first time he had tried the operation on a dog.

Monika had travelled far for this life-changing surgery. She was found by volunteers in a forest near Krasnodar, a city in southern Russia 4,000 kilometres (2,485 miles) from Gorshkov s clinic.

Her four legs were bloody stumps.

"Nobody really knows what happened to her. Some volunteers think that somebody cut her paws off out of cruelty," Gorshkov told AFP.

Monika -- estimated to be between two and four years old -- could have suffered the fate of thousands of stray dogs that are found injured: put down or just left to die.

Luckily, she ended up in the caring hands of Alla Leonkina, a volunteer from Krasnodar.

Leonkina said that for almost a year she and a friend took care of Monika, who was in a "terrible state".

While looking after Monika, she heard about Gorshkov s clinic and launched an online campaign to fund the surgery.

Leonkina said that Monika flew to Siberia sitting next to her on the plane.

The campaign also financed the prosthetic titanium legs that were made using a 3D printer.

Gorshkov said that Monika s bones will grow and adapt to the artificial limbs "like antlers on a deer".

And once she s recovered, Monika will be able to walk into her new home. 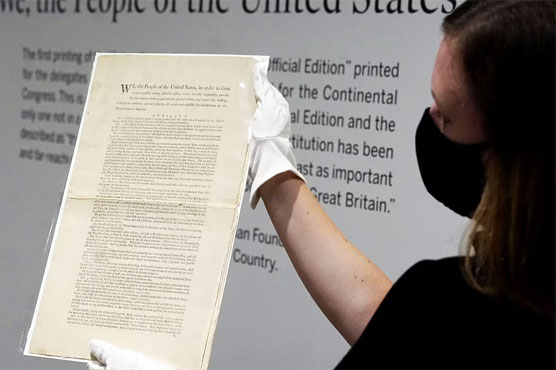