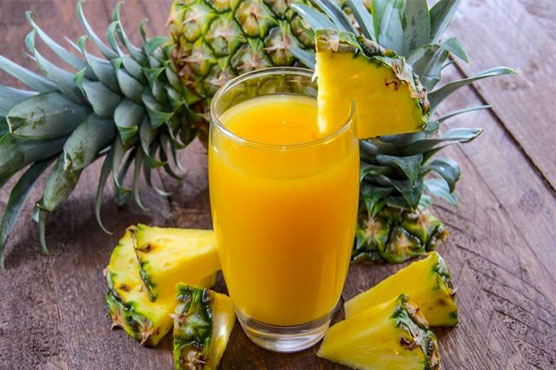 (Web Desk) - This is a common phenomenon. You can find complaints in forums all over the internet of sore and even bleeding tongues, gums and lips after eating pineapple.

Pineapple is the only known source in nature of the enzyme Bromelain. Bromelain actually digest protein.

So when you eat pineapple, it’s essentially eating you back. But don’t worry once you swallow the pineapple the acids in your stomach destroy the enzymes.

It is also often suggested that workers in pineapple fields have no fingerprints because the bromelain in the pineapple wears them away.

it’s also used as a meat tenderiser, and that if you leave it on the meat too long it will just turn to mush.

Despite eating your mouth, bromelain has become recognised for its health benefits and is useful in medical treatments for a number of ailments and diseases.

For starters it is part of an approved treatment for inflammation and swelling, particularly after surgery and it has been proposed for treating a number of other inflammation based disorders including osteoarthritis, autoimmune diseases and viral infections.

It is also useful for removing damaged and infected tissues from burn wounds.

More recent research has pointed at its potential use in cancer treatments. A few preclinical studies (that is; early research not yet tested in humans) have indicated that it has antitumor properties and, for instance has been found to stimulate death of breast and ovarian cancer cells.

One study tested the effects of bromelain on breast cancer and found evidence that women who were given bromelain (just swallowed) started producing cells that targeted and killed breast cancer cells.

However, more study in humans and on how to apply treatments will need to be conducted before bromelain can be applied to cancer treatments.