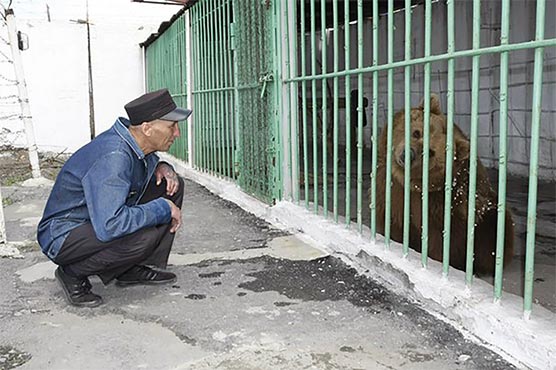 The bear is the only female in the jail which holds more than 700 criminals including killers.

(Web Desk) – Ekaterina, a female brown bear, is serving her life sentence in a human jail alongside 730 dangerous convicts in Kazakhstan for two separate bodily attacks on tourists at a campsite.

The bear is the only female in the jail which holds more than 700 criminals including killers whose sentences do not exceed 25 years.

According to The Sun, the large mammal was imprisoned under Kostanay strict regime penal colony number 16/2 a decade and a half ago.

She is also the only prisoner serving life - and the sole inmate boasting a swimming pool in her cell. 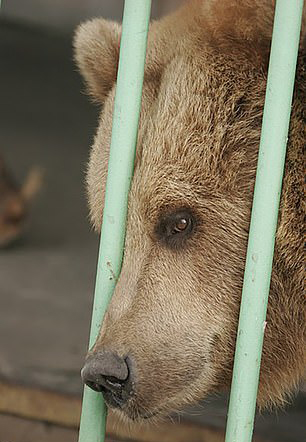 There are few pictures of the jailed bear but the head of the high security colony claims she has become less threatening as a result of her 15 years behind bars.

Aslan Medybayev said: “She is friendly, not aggressive at all.

“Other prisoners visit her.

“She woke up about a month ago from her annual hibernation.

Unlike other inmates, Ekaterina is not allowed conjugal visits.

Azamat Gapbasov, the jail’s deputy head of educational work, said: “Sadly we cannot take a male bear to her.

“If only we could make artificial insemination” 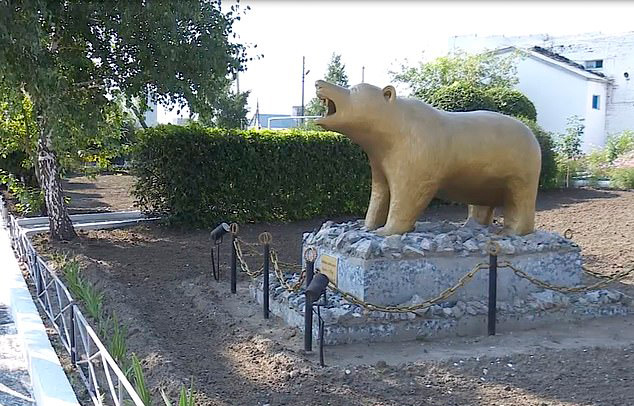 The bear has become the jail’s symbol and a statue was even erected to her.

Ekaterina’s crime in 2004 was to attack two people in separate incidents at a campsite where she was caged after being abandoned by a circus trainer as a cub.

An 11-year-old boy named Nursultan Kh staying at the camp for a kickboxing contest tried to feed the beast and she grabbed his leg.

He later said: “Everything happened suddenly. I threw food to him, and he, through the cage, grabbed my leg.

“I don’t remember anything else from that moment.”

Soon afterwards the bear attacked a man named as Viktor O, then 28.

Fearing more attacks, Ekaterina was sentenced to prison since there was no zoo in the region to take the bear, then seven years old.

She is looked after by inmates under supervision. 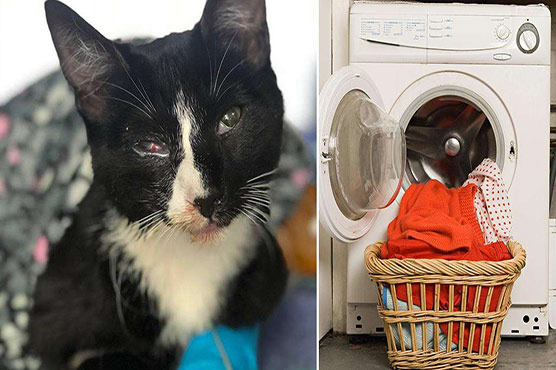 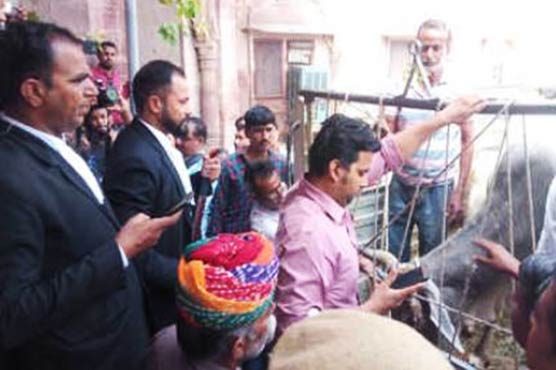 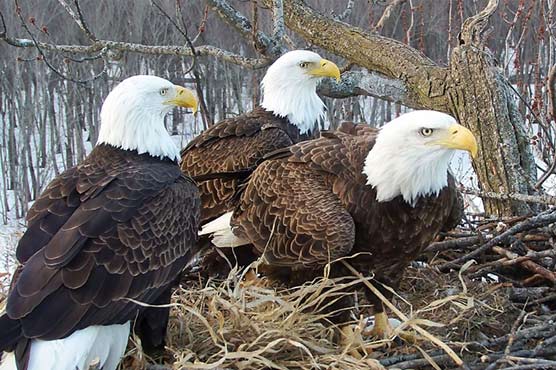 Rare family of three eagles spotted raising a nest together 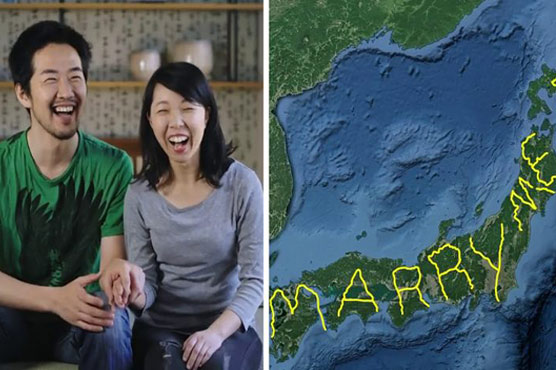