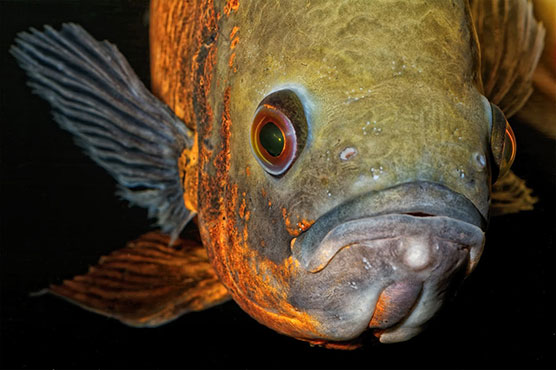 An evicted man abandoned his ailing fish, police say. He was charged with animal cruelty.

(Web Desk) – A family pet is being nursed back to health after it was found abandoned, malnourished and living in "deplorable" conditions, which had led to disease, authorities said.

Authorities said the animal was discovered in a vacated home last month in Wilmington, a port city in North Carolina.

The pet? A freshwater fish.

The former owner, who has been identified by police as Michael Ray Hinson, was arrested Wednesday on three misdemeanor counts of animal cruelty.

Hinson, who was released on a US$4,000 bond, is set to appear in court Thursday, according to the New Hanover County Sheriff’s Office. It’s unclear whether he has an attorney in the case.

Authorities say it is thought to be the first time that animal cruelty charges have been brought in the county in a case involving a fish.

Lt. Jerry Brewer, a spokesman for the New Hanover County Sheriff’s Office, said Hinson was evicted March 22 from his home in Wilmington.

Three days later, deputies went to check on the home and discovered a fish tank in "deplorable" condition, Brewer said. He said the oscar fish that was living inside it was not in good health; it was later determined the fish was suffering from hole-in-the-head disease, which is commonly caused by a parasite.

Authorities took the fish to the Fish Room, an aquarium in Wilmington, where employees have been treating it.

Fish Room employee Ethan Lane told NBC affiliate WECT that when this fish was brought in, "he was in pretty bad shape."

"Hole in the head is a parasite that starts in the intestines and works from the inside out, slowly killing the fish," he said.

Lane said oscar fish, which can grow longer than 12 inches and live up to 20 years, are "great pets". He estimated that the recently rescued fish is about a year old.

"We call them wet pets," the employee told WECT. "They are very trainable. They have huge personalities. Some of them can be aggressive."

Authorities did not say who would get permanent custody of the fish.