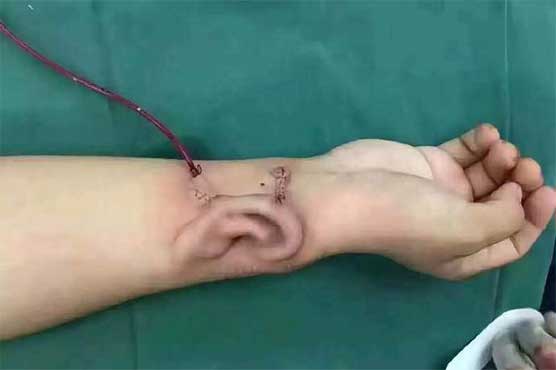 (Web Desk) - In a major breakthrough in the medical field, Chinese doctors treating a man who lost his right ear in a car accident have helped him grow an artificial ear on his arm, the China Daily reported on Thursday.

The patient, identified only as Ji, who is in his late 30s, was injured a year ago and has been receiving treatment from Guo Shuzhong, an expert in reconstructive surgery at the First Affiliated Hospital of Xi an Jiaotong University in Xi an, Shaanxi province.

Guo, who has 33 years of experience, and his colleague, Shu Maoguo, devised a three-step reconstruction plan using part of the patient s rib cartilage.

In the first phase, doctors buried a skin expander in the patient s right forearm and regularly injected water to expand the skin. In the second phase, doctors took part of the rib cartilage from the patient and buried it under the expanded skin, which was successfully done on Tuesday.

"The third phase of the operation, to transplant the new ear onto Ji s head, will be carried out in three or four months," Shu said. 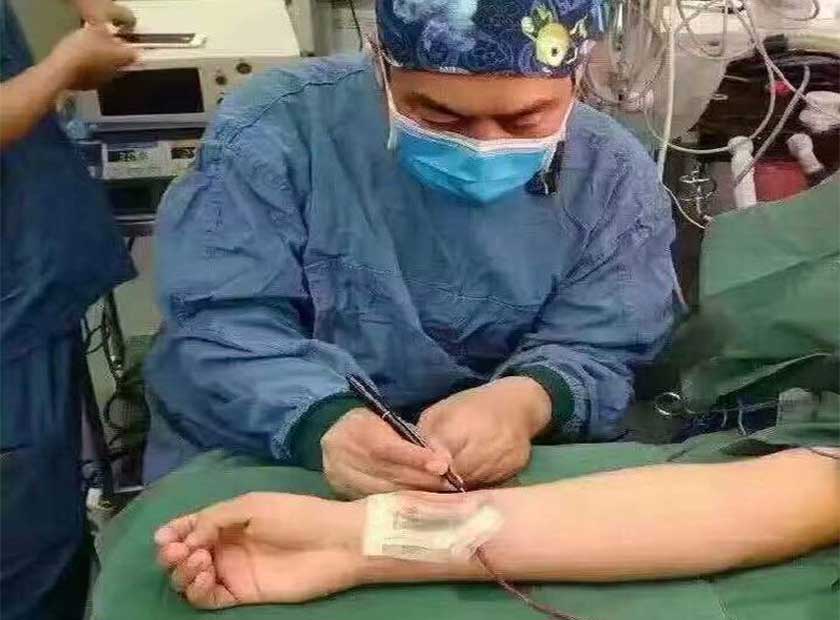 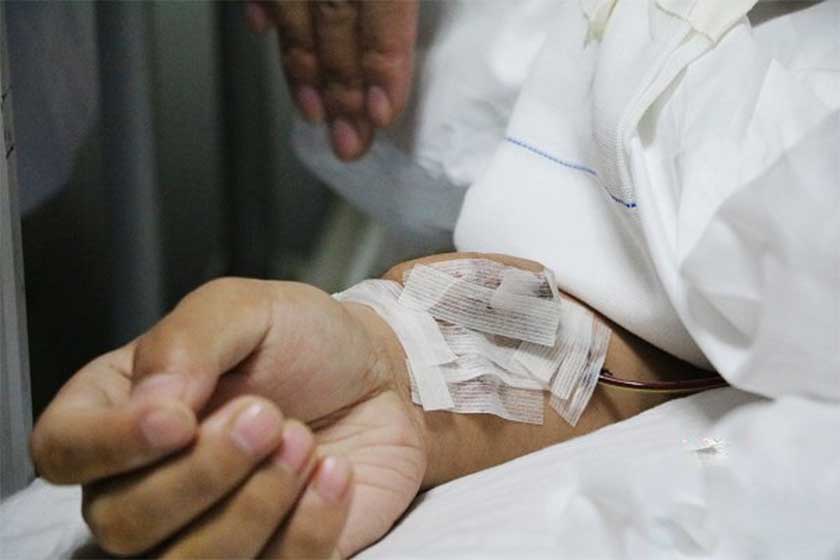 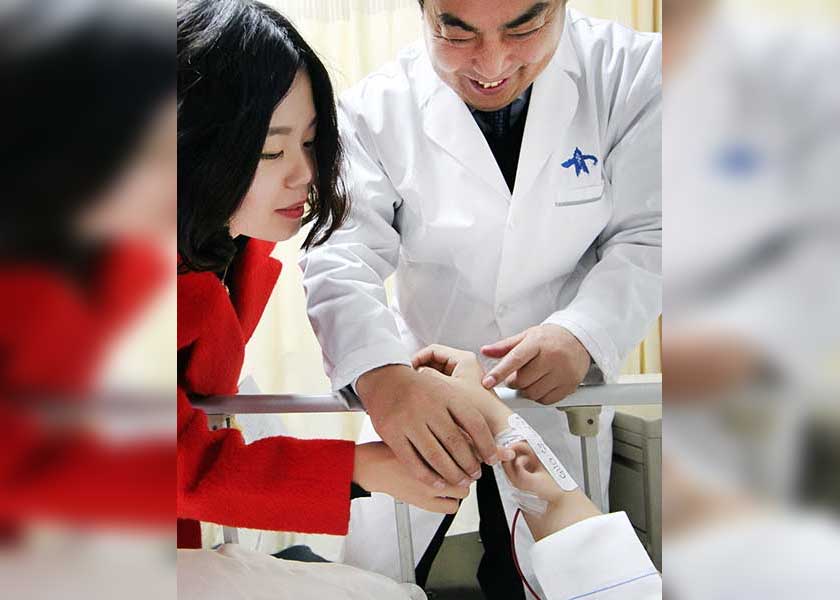 Doctors have to wait for the ear to grow completely in order to make it perfect for the patient, he explained.

Ji, looking at the ear growing on his right arm, said: "It looks exactly the same as my old ear."

He told a reporter that the loss of his right ear had brought him inconvenience and that he wished to have a normal life after the surgery.