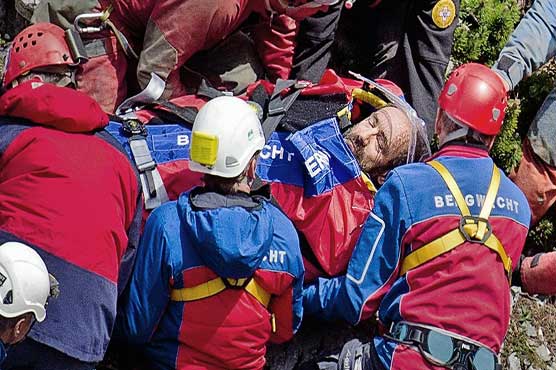 Some 70 rescue workers were in the cave to help recover the man.

Johann Westhauser, a 52-year old speleologist, injured his head in a rock fall on June 8 and was unable to climb back to the surface on his own as the ascent involved steep shafts and narrow tunnels.

The rescue took so long to complete because the injured man could not stand and the ascent involves steep and narrow horizontal and vertical shafts.

Some 70 rescue workers were in the cave to help recover the man while further teams, along with doctors, were waiting above ground, the local mountain rescue service said.

The man was one of the researchers who discovered the Riesending or "massive thing" cave system. Located near Bavaria s border with Austria, it is 1,148 meters deep and has tunnels, shafts and caves extending over 19.2 kilometers.

It normally takes 12 hours to climb from the site of the accident to the surface.