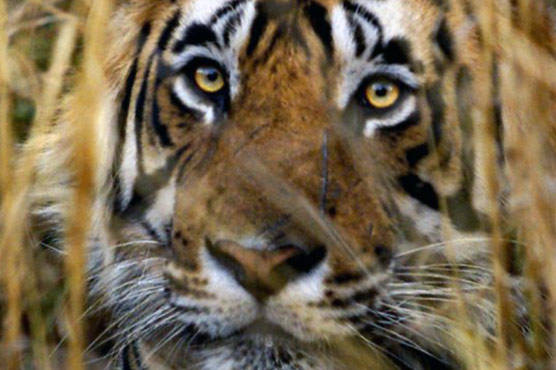 The tiger killed a farmer who was working in the fields in Bijnor district of Uttar Pradesh.

NEW DELHI (AFP) - A wild tiger is believed to have claimed its eighth victim in northern India, even as forest officials attempt to track down and kill the animal, an official said Wednesday.

A tiger mauled and killed a farmer while he was working in the fields on Sunday in Bijnor district of Uttar Pradesh state, senior state wildlife official Roopak Dey said.

"Our officers are on the ground. There are shooters waiting to spot the tiger and kill it. As the tiger is master of concealment, we need to be patient," Dey said, confirming the latest death.

The farmer s wife was quoted in local media as saying the tiger dragged her husband to a nearby forest before killing him.

A local said "the tiger has been managing to hide itself in the cane fields. It is getting difficult to trap or kill it."

Officials suspect the same tiger has killed all eight victims since the first death was reported in the state on December 29, although Dey said this was impossible to confirm.

The tiger is thought to have strayed from the Jim Corbett National Park, around 80 kilometres (50 miles) from Bijnor, a popular tourist attraction and home to some 200 tigers.

The death comes after forest officials in southern India last week shot dead a tiger suspected of killing three people, ending its three-week reign of terror which forced dozens of schools to close.

Forest workers spotted and shot the female tiger in a tea plantation in Tamil Nadu state after trying to trap it with the help of elephants and sniffer dogs, motion detection cameras and cages laced with meat.

India is home to some 1,700 tigers -- half of the world s rapidly shrinking wild tiger population -- but has been struggling to halt the big cats  decline in the face of poachers, international smuggling networks and loss of habitat.

The country has seen its tiger population plummet from an estimated 40,000 when it gained independence in 1947.