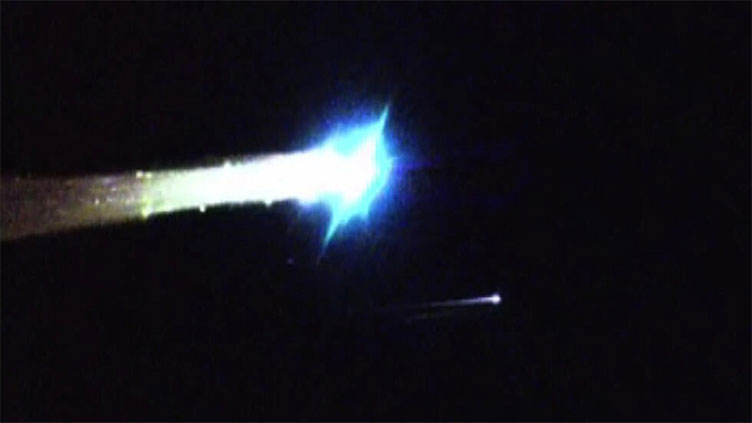 Solid asteroids are thought to have a lifespan of several hundred million years.

TOKYO (AFP) – The specks are tiny. No, really tiny. Smaller than the diameter of a hair. But they hold billions of years of history that reveal some of the secrets of asteroids.

The three minute particles from an asteroid called Itokawa show some of these space rocks are vastly older than was thought, and are much tougher.

And that could mean we need bolder ways to prevent catastrophic collisions with Earth, according to research published Tuesday.

The three samples were collected in 2005 from the peanut-shaped Itokawa, some 300 million kilometres (186 million miles) from Earth.

It took the Japanese spacecraft Hayabusa five years to return them to Earth, along with hundreds of other particles from Itokawa, and scientists have been analysing them for clues ever since.

Fred Jourdan, professor at Curtin University s School of Earth and Planetary Sciences, wanted to see what the specks could reveal about the age of rubble-pile asteroids like Itokawa.

These form when solid asteroids collide and the resulting fragments assemble into new structures.

Solid asteroids are thought to have a lifespan of several hundred million years, and are gradually ground down by constant collisions.

But rubble-pile asteroids have a very different structure, composed of rocks, dust, pebbles and a void, and held together by the gravitational pull of their various components.

"It s like a giant space cushion, and cushions are good at absorbing shock," Jourdan said.

To find out just how good, the team analysed crystal structures in the samples, looking for deformations caused by the impact that created Itokawa.

And they dated the samples by measuring the decay of potassium into argon.

The methods suggest Itokawa was formed by an asteroid collision at least 4.2 billion years ago, ten times older than solid asteroids of similar size are predicted to be.

"We were really surprised," said Jourdan.

"I mean that s really, really old, and I m sure some of my colleagues are not even going to believe it."

Rubble-pile asteroids are so resilient to the constant battering they face that they are likely to be much more abundant than previously assumed, the research published in the journal Proceedings of the National Academy of Sciences concludes.

That might mean we need new ways to tackle such asteroids on a collision course with Earth, Jourdan said.

NASA s recent DART test showed asteroids like Itokawa can be nudged off course, but that would likely require a lead time of several years.

An asteroid just weeks from colliding with Earth would require a different approach, and Jourdan argues a nuclear blast might be needed.

"It s not  Armageddon -style," blowing it up, he hastens to add, referring to the 1998 sci-fi movie.

"The shockwave should push the asteroid out of the way."

It is a far-reaching conclusion to draw from such tiny specks of dust, but each particle is analysed at the atomic level.

"We can get big stories like that out of (something) very, very small, because those machines, what they re doing, is the measuring and counting of atoms," Jourdan said.

"Every grain has its own story to tell."