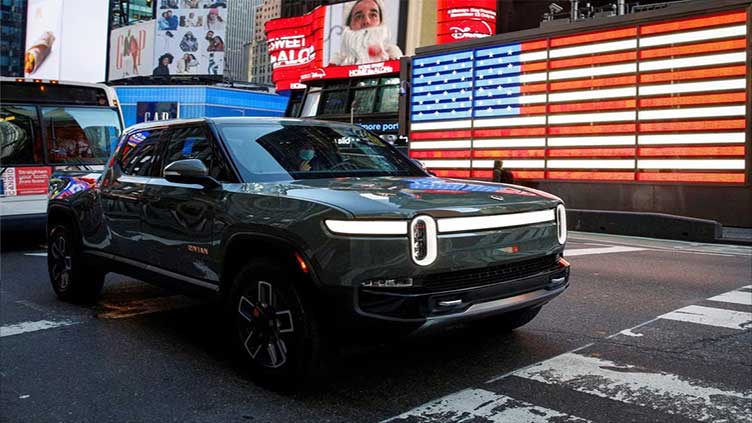 (Reuters) - A price war in electric vehicles started by market leader Tesla Inc (TSLA.O) has made it much more difficult for money-losing U.S. startups like Rivian Automotive Inc (RIVN.O) and Lucid Group Inc (LCID.O) to grab share in an industry competing for shrinking consumer wallets.

Tesla’s move last week to slash prices globally on its EVs by as much as 20% could draw new buyers to electric cars in the industry, but also will force other automakers to respond with lower prices or risk getting left behind, analysts and investors said.

Some startups may not be able to afford lower prices as they struggle with staggering raw material and production costs combined with far lower output than the Elon Musk-led Tesla, which delivered more than 1.3 million vehicles last year.

The struggles of most startups are a far cry from their initial public offerings over the past few years, when investors believed these companies would take over the EV market and echo the heady valuation Tesla has sported in the past.

‘GAME OF THRONES’ FOR EV STARTUPS

Both Rivian and Lucid have yet to turn a profit. Together they delivered more than 24,000 cars last year, with Rivian spending more money on making each car than the selling price of that vehicle.

Still, Rivian had $13.8 billion in cash at the end of the third quarter - the most among the U.S. EV startups. Lucid had the second-highest cash reserves with $1.26 billion, and it raised another $1.52 billion in the fourth quarter.

That gives the companies a sizeable production runway at a time peers Faraday Future (FFIE.O) and British EV startup Arrival have been seeking funding and have warned they might not be able to sustain operations through 2023.

“It’s a ‘Game of Thrones’ battle for EV startups and they face some dire options over the next 12 to 18 months if they do not succeed in their financial targets,” said Wedbush Securities analyst Daniel Ives. “We would expect some ... losers that face the prospect of consolidation or possibly worse on the horizon.”

A clearer picture of their balance sheets is expected when these companies report fourth-quarter earnings.
Rivian declined to comment, while Lucid did not respond to a request for comment.
Lucid aims to target the luxury and sport-luxury sedan segment of the EV market, with its cars starting at over $87,000, which is $8,000 less than the base version of Tesla’s Model S sedan after the January discounts.

Lucid, headed by former Tesla executive Peter Rawlinson, has not announced plans for a mass-market car to rival Tesla’s Model 3 and Model Y, which start at about $44,000 and $53,000, respectively.

The company, whose largest shareholder is Amazon.com Inc (AMZN.O), does not plan on selling cheaper cars that it will build on a next-generation R2 platform before 2026. The platform will support higher volumes and be less expensive than the vehicles built on the R1 platform, Rivian says.

Lordstown Motors (RIDE.O), which in May sold a significant chunk of its assets to contract manufacturer Foxconn (2317.TW) to raise funds, said its Endurance pickup targets the commercial fleet market only.