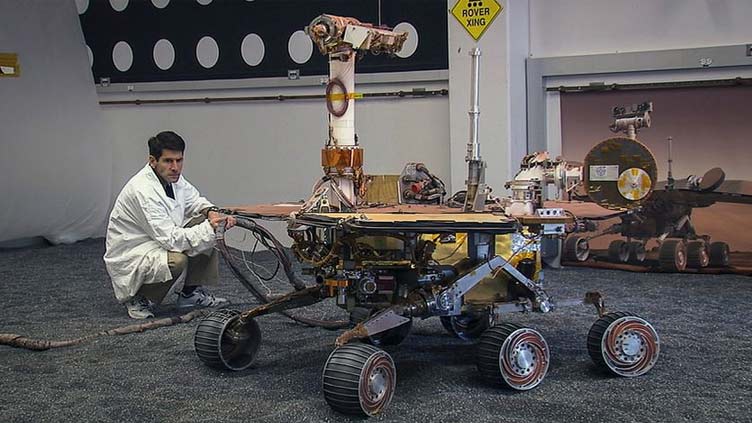 The film looks at the Mars Exploration Rover (MER) mission, which NASA launched in 2003.

LOS ANGELES (Reuters) - When "Good Night Oppy", which follows NASA rovers Opportunity and Spirit before and after they land on Mars, launched at a film festival in September, the documentary had an unexpected effect on audiences: they cried.

"It’s funny because I promise you we were not having conversations in the edit room on how we would make people cry," director Ryan White told Reuters.

"It is kind of the shocking resounding response to this film seems to be people coming up to me sheepishly with their hand over their mouths saying ‘I cried about a robot’."

The film, which premiered at the Telluride Film Festival in Colorado in September, looks at the Mars Exploration Rover (MER) mission, which NASA launched in 2003.

Both rovers, which were solar powered, were expected to only live for 90 Martian solar days (SOLs) but Opportunity (or Oppy) lasted over 14 years until it transmitted its last message on June 10, 2018.

White wanted to make the film after Opportunity’s last message "My battery is low and it’s getting dark" went viral.

However it is the film’s human characters that evoke an emotional response.

White had assumed scientists and engineers would be very academic and unemotional, posing a filmmaking challenge. "I was totally wrong," said White.

"Once we met the human being characters, it was an embarrassment of riches. These are people that are living day to day getting to do the things that we all dreamed about doing as kids ... and it’s not just work to them. It’s their life. It’s their daughter on Mars, as a lot of them see her."

One of the major comparisons made by filmgoers is that the rovers look uncannily like the Pixar Studios animation character "Wall-E". That movie came out in 2008, after the rover landings.

"I think the comparisons are inevitable when we’re making a doc about a little robot alone on a planet," White said.

"There’s just something so endearing emotionally to that idea." "Good Night Oppy", currently in select US cinemas, begins streaming on Amazon on Nov. 23.