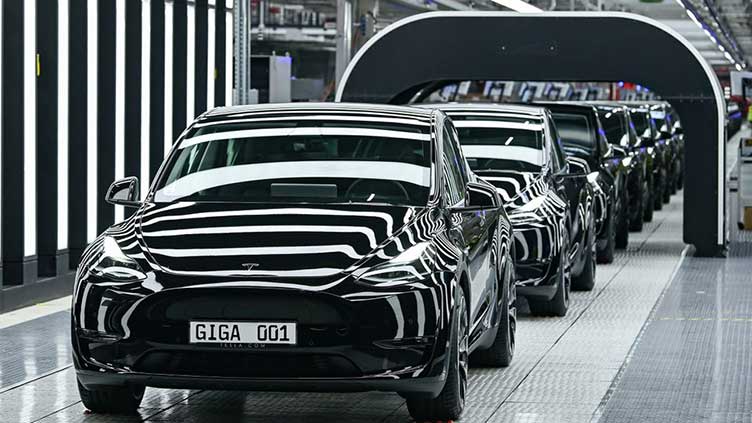 FRANKFURT (Reuters) - Germany’s road traffic agency said it was recalling Tesla (TSLA.O) models Y and 3 because of a fault in the automatic emergency call system that affects 59,000 vehicles globally.

The KBA watchdog said on its website dated June 29 that a software flaw was causing a breakdown of the eCall, which is designed to automatically contact emergency responders in the event of a serious accident.

German regional broadcaster Rundfunk Berlin-Brandenburg, which serves the region that is home to Tesla’s German model Y and battery production site near Berlin, first reported the recall on Saturday.

KBA said 59,129 vehicles were affected globally but did not specify how many of those were registered in Germany.

The software glitch is an added headache for Chief Executive Officer Elon Musk after Tesla on Saturday said it delivered 17.9% fewer electric vehicles in the second quarter from the previous quarter, as China’s COVID 19-related shutdown disrupted its production and supply chain.

Musk said last month that Tesla’s new factories in Texas and Berlin are "losing billions of dollars" as they struggle to increase production because of a shortage of batteries and Chinese port issues.

The U.S. National Highway Traffic Safety Administration (NHTSA) early in June upgraded its probe into 830,000 Tesla vehicles with the advanced driver assistance system Autopilot, a required step before it could seek a recall.