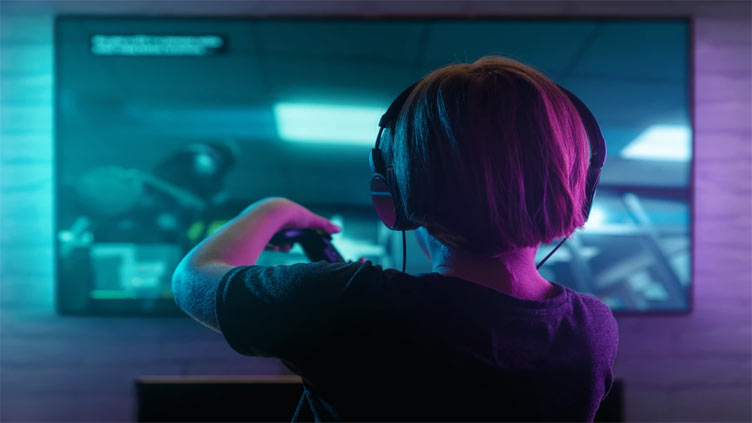 (Web Desk) - Screen time of any kind is generally considered to be a negative influence on a child’s development but a new study from a team of European researchers makes a strikingly different case, presenting evidence that playing video games may actually boost a child’s intelligence.

Despite decades of research looking at the effects of television or video games on adolescent development, the digital landscape of the last decade has dramatically reshaped a child’s relationship with screens. This means screen time now spans a multitude of different activities, including socializing with friends on smartphone apps, watching TV, playing video games, and even doing school work on a laptop.

Over recent years researchers have started to home in on specific types of screen time and how they influence a variety of outcomes in children. The sheer heterogenous nature of digital screen use in the 21st century has made it impossible to simply state all screen time is bad.

So the very particular focus of this new research was to investigate the relationship between video game use and intelligence. To evaluate the admittedly abstract metric of “intelligence”, the researchers first accounted for socioeconomic backgrounds and the presence of genes related to intelligence.

“For our study, we created an intelligence index from five tasks: two on reading comprehension and vocabulary, one on attention and executive function (which includes working memory, flexible thinking and self-control), one assessing visual-spatial processing (such as rotating objects in your mind), and one on learning ability over multiple trials,” explain Torkel Klingberg and Bruno Sauce, two of the researchers working on the study.

Around 5,000 children were followed for two years. Aged between nine and 10 years at baseline, the participants completed the cognitive tests at the beginning and end of the study. Screen time was self-reported and divided into three categories: watching, socializing and gaming.

At the beginning of the study the researchers detected no association between time spent gaming and below- or above-average intelligence. Interestingly, however, high levels of watching TV and videos, or socializing online, was slightly linked to lower levels of intelligence at baseline. After two years the follow-up results were even more surprising.

“While children who played more video games at 10 years were on average no more intelligent than children who didn’t game, they showed the most gains in intelligence after two years, in both boys and girls,” write Klingberg and Sauce. “For example, a child who was in the top 17 percent in terms of hours spent gaming increased their IQ about 2.5 points more than the average child over two years.”

At follow-up social media use was not associated with any change in intelligence but watching TV or online videos could be linked to a small increase in intelligence. The researchers note this increase was too small to be statistically significant.

Klingberg is cautious to stress the limitations of his team’s findings. The focus of the study was narrow, looking at just a few metrics of intelligence. So this study cannot suggest these types of screen time have no impact on other important factors such as sleep, school performance or physical activity.

Another limitation of the study is the way all forms of video game use were rolled into a homogenous whole, from smartphone gaming to first-person shooters on a console. So it is unclear whether specific kinds of video gaming confer cognitive benefits over others.

The findings certainly fit into a growing body of research discovering some benefits for children in different kinds of screen time. One study last year found a compelling correlation between video game use and increased mental well-being, while another recent study found a link between time spent on social media apps and larger friendship groups in children.

All of these findings of course don’t suggest it is healthy for children to have unlimited volumes of screen time. But they do highlight the complexity of the screen time problem, and indicate not all screen uses may be detrimental.

“Our results should not be taken as a blanket recommendation for all parents to allow limitless gaming,” conclude Klingberg and Sauce. “But for those parents bothered by their children playing video games, you can now feel better knowing that it’s probably making them a tad smarter.”