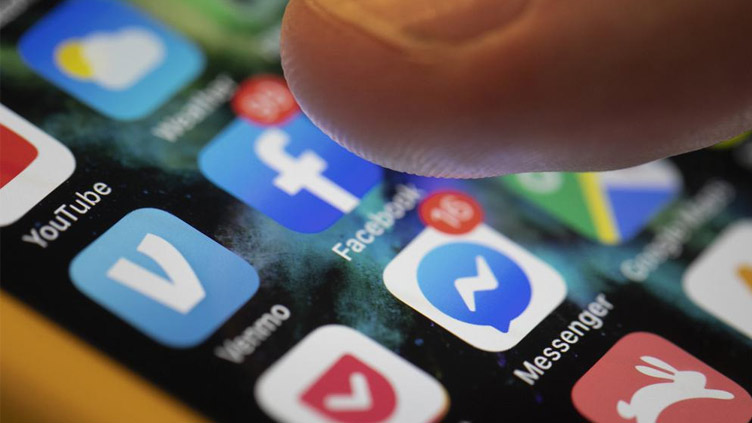 LONDON (AP) — Online companies would have to ramp up efforts to keep harmful content off their platforms and take other steps to protect users under rules that European Union lawmakers approved Thursday.

The 27-nation bloc has gained a reputation as a trendsetter in the growing global push to rein in big tech companies facing withering criticism over misinformation, hate speech and other harmful content on their platforms.

Here’s a look at the draft EU rules, known as the Digital Services Act, and why they would make an impact:

WHAT IS THE DIGITAL SERVICES ACT?

The legislation is part of a sweeping overhaul of the European Union’s digital rules aimed at ensuring online companies, including tech giants like Google and Facebook parent Meta, protect users on their platforms and treat rivals fairly. It’s an update of the EU’s two-decade-old e-commerce directive.

“The Digital Services Act could now become the new gold standard for digital regulation, not just in Europe but around the world,” the lead EU lawmaker on the bill, Christel Schaldemose, said during a debate Wednesday. “Big tech nations like the U.S. or China are watching closely to see what we’re now going to agree.”

The proposals are one-half of flagship digital regulations drafted by the bloc. EU lawmakers also are working on the Digital Markets Act, which is aimed at reining in the power of the biggest online “gatekeepers.” Both will face further negotiations with EU member countries before taking effect.

Getting the Digital Services Act through the EU Parliament is “a huge step in tackling the social problems caused by online platforms,” said Zach Meyers, a senior research fellow at the Centre for European Reform think tank.

Similar efforts are underway in the U.S., but there are deep divisions between Republicans who criticize platforms for censoring their views and Democrats who slam them for failing to act.

“If EU member-states reach agreement with Parliament in the coming months, the EU will show a way that other democracies can reconcile these different political interests,” Meyers said.

WHAT WILL IT COVER?

The Digital Services Act includes a raft of measures aimed at better protecting internet users and their “fundamental rights online.” Tech companies would be held more responsible for content on their platforms, with requirements to beef up flagging and removal of illegal content like hate speech or dodgy goods and services sold online like counterfeit sneakers or unsafe toys.

To address worries that takedown notices would infringe on freedom of speech, lawmakers added safeguards to ensure they’re handled in a “non-arbitrary and non-discriminatory manner,” the EU Parliament said.

Online platforms would have to be more transparent about their algorithms that recommend the next video to watch, product to buy or news item at the top of people’s social media feeds. So-called recommender systems have been criticized for leading people to more increasingly extreme or polarizing content.

The biggest platforms would have to give users at least one option for recommendations not based on profiling.

ARE THERE ANY CONTROVERSIAL POINTS?

One of the legislation’s biggest battles was over surveillance-based advertising, also known as targeted or behavioral advertising. Such ads would be banned for children but not prohibited outright. A full ban had faced fierce resistance from the digital ad industry dominated by Google and Meta.

Lawmakers instead added measures banning the use of sensitive personal data to target vulnerable groups and making it equally easy to give or refuse consent for tracking.

Surveillance ads track online behavior, such as the websites visited or products bought online by a user, to serve them more digital ads based on those interests.

Groups such as Amnesty International say ad tracking undermines rights the legislation is supposed to protect, because it involves a massive invasion of privacy and indiscriminate data harvesting as part of a system that manipulates users and encourages ad fraud.

WHAT HAPPENS TO OFFENDERS?

The EU’s single market commissioner, Thierry Breton, took to Twitter on Wednesday to portray the proposed rules as the start of a new era for tough online enforcement.

“It’s time to put some order in the digital ‘Wild West,’” he said. “A new sheriff is in town — and it goes by the name #DSA,” he said, posting a mashup of video clips from a Clint Eastwood spaghetti Western film.

Under the Digital Services Act, violations could be punished with hefty fines of up to 6% of a company’s annual revenue.