Japanese tycoon 'excited' ahead of trip to ISS 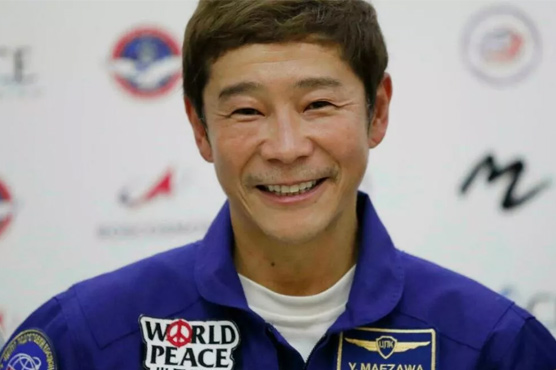 Japanese tycoon 'excited' ahead of trip to ISS

I want to float in zero gravity: Maezawa

BAIKONUR (AFP) - Japanese billionaire Yusaku Maezawa said Tuesday he was feeling "excited" ahead of his mission to the International Space Station, which marks Russia’s return to space tourism.

Maezawa, a space enthusiast who made his wealth in online fashion, and his production assistant, Yozo Hirano, will spend 12 days on the ISS.

Their Soyuz rocket operated by Russia’s Roscosmos space agency will blast off from the Moscow-leased Baikonur cosmodrome in Kazakhstan on Wednesday.

"I feel excited. I’m like an elementary student waiting for a school trip," Maezawa said at a press conference on the eve of the launch.

"I want to see the earth from space. I want to float in zero gravity... (I want to see) how I will change through this experience," he said.

Maezawa and Hirano plan to document their daily life on board the space station for the tycoon’s YouTube channel and its more than 750,000 subscribers.

Maezawa said he has a list of 100 tasks to complete while he was there.

Russian cosmonaut Alexander Misurkin, who will pilot the pair’s spacecraft, said the group’s time on the ISS will be very busy and described it as a "challenge".

The group will hold a "friendly" badminton tournament on the ISS before returning to Earth on December 20, he said.

Maezawa and Hirano will become the first space tourists sent by Russia in over a decade and the first from Japan to visit the ISS.

With SpaceX now able to ferry NASA astronauts to the ISS in Crew Dragon capsules, Roscosmos has seats to fill on its Soyuz launches and has been ramping up its civilian journeys this year.

In October, Roscosmos sent an actress and a director to the station where they filmed scenes for the first movie in orbit.