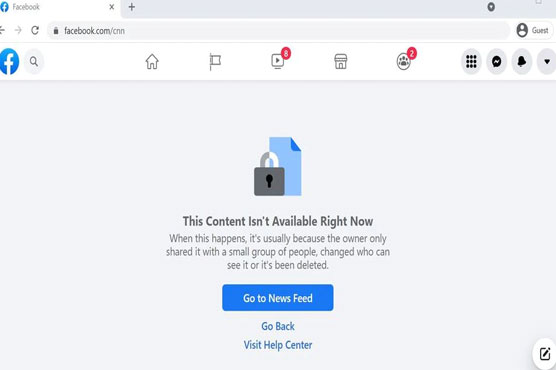 SYDNEY (Reuters) - Australia is moving with new urgency to redraft its defamation laws after a court ruling that publishers can be liable for public comments on online forums like Facebook (FB.O) sent shockwaves through the media industry and beyond.

Since the ruling, CNN, which is owned by AT&T Inc (T.N), has blocked Australians from its Facebook pages, while the Australian arm of British newspaper the Guardian says it has disabled comments below most articles posted to the platform.

The leaders of the state of Tasmania and the Australian Capital Territory, home to Canberra, have also turned off comment sections on their Facebook pages, citing the judgement by the country s highest court.

Federal Attorney-General Michaelia Cash on Wednesday wrote to her eight state and territory counterparts, stressing the importance of an ongoing review of defamation laws.

"I have received considerable feedback from stakeholders regarding the potential implications of the High Court s decision," the letter, which was seen by Reuters, said.

"While I refrain from commenting on the merits of the Court s decision, it is clear from stakeholder reactions ... that our work to ensure that defamation law is fit-for-purpose in the digital age remains critical."

The review, which has been running through 2021, has published 36 submissions on its website, including one from Facebook which says it should not be held liable for defamatory comments since it has relatively little ability to monitor and remove content posted under publishers  pages.

The ruling has come under fire with defamation lawyers accusing Australia of not keeping up with technological change and noting the contrast with the United States and Britain where laws largely protect publishers from any fallout from comments posted online.

The state and federal attorneys general will meet to discuss possible changes in the next month, although no timeline has been published about when changes to the law could go to parliament.

While media organisations were among the first to criticise the High Court ruling, lawyers have warned all Australian sectors which rely on social media to interact with the public are potentially liable.

"The decision has significant implications for those who operate online forums ... which allow third-parties to make comments," a Law Council of Australia spokesperson said. "It is not limited to news organisations."

Australian Capital Territory Chief Minister Andrew Barr was among those who have disabled comments from Facebook pages.

The move was made "out of an abundance of caution, as his page is not a Government account, it s a personal page", a spokeswoman told Reuters in an email.

Brendan Nyst, director of law firm Nyst Legal, which posts regularly on Facebook, said most businesses would continue allowing comments since "engagement is the primary strength of social media", but the High Court ruling "establishes the need for appropriate monitoring".