Facebook's database could soon be overrun by dead people: Study 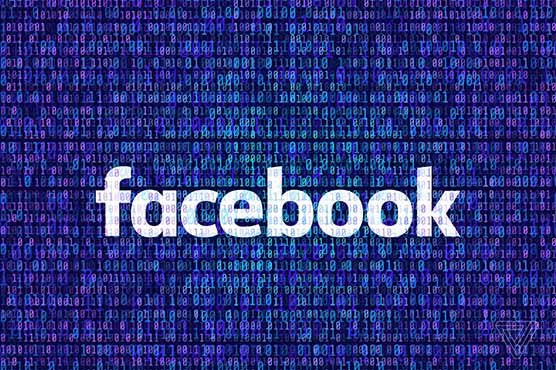 This provocative projection comes from a pair of researchers at the University of Oxford.

(Web Desk) – Within half a century, it’s possible that Facebook could be overrun by the dead, with more deceased users making up the world’s largest social network than living, active people, a new study suggests.

This provocative projection comes from a pair of researchers at the University of Oxford, who ran the numbers on Facebook’s massive audience to make a broader point – not about Facebook specifically, but about how society deals (or doesn’t deal) with digital remains.

Social media is not a new thing any more. In recent years, there’s been growing concern over what really happens to your social media accounts when you die.

But while some of us (and our families) are taking steps to reclaim or cancel the accounts of deceased people’s social media, the issue as a whole remains under-explored, say researchers Carl Öhman and David Watson from the Oxford Internet Institute (OII).

"Never before in history has such a vast archive of human behaviour and culture been assembled in one place," says Watson.

"Controlling this archive will, in a sense, be to control our history."

The researchers claim that up until now, only very few studies have looked at the macroscopic and quantitative aspects of online death.

To illustrate the massive extent of what they’re talking about, we need to consider how big something like Facebook really is. 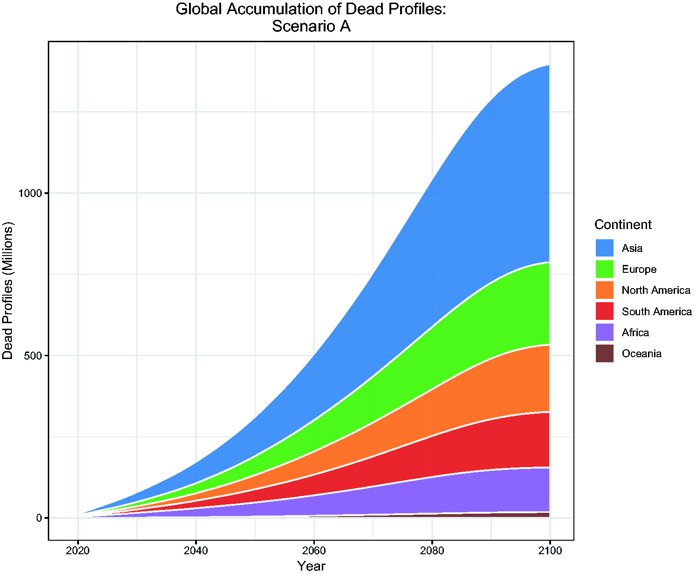 Right now, the social network has in excess of 2.3 billion monthly active users. Of course, their actual user count is even bigger than that, since many people who are on Facebook will not use the service every month.

Sadly, the reason for that – at least some of the time – is because millions of Facebook’s users are already dead.

Estimates suggest about 30 millionFacebook users died in the first eight years of its existence, such is the size of the site.

In their new study, Ohman and Watson wanted to extrapolate from these kinds of numbers, to show we’re really only scratching the surface of the digital death dilemma.

The web comic xkcd looked at this grave territory years ago, but the new research uses updated mortality data sourced from the United Nations, along with Facebook’s Audience Insights information.

In new calculations, the researchers looked at two scenarios: Scenario A, which examines what would happen if no new users joined Facebook from 2019 on, and Scenario B, which assumes that Facebook continues to grow at the current rate of 13 percent growth globally, each year.

In Scenario A, 1.4 billion users would die by 2100, with the rate of deaths growing steadily and peaking in the year 2077 at over 29 million deaths.

"Note that under these conservative assumptions, the dead will in fact overtake the living on Facebook in about 50 years," the researchers write in their paper. 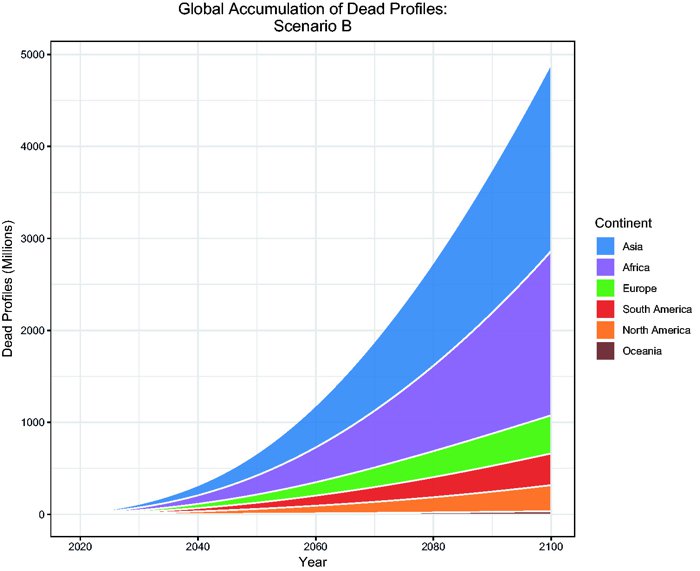 However, Scenario A is quite unlikely, the team acknowledges, since there’s no evidence to suggest Facebook will stop adding new users to the service immediately.

Instead, Scenario B’s continued growth (until saturation) projection suggests Facebook could potentially thrive far into the distant future – until the mass populace of Facebook’s dead users catches up with the site’s living members.

"A continuous growth rate of 13 percent per year increases the expected number of dead profiles on Facebook by a factor of 3.5, for a total sum of 4.9 billion," the researchers write.

"Unlike Scenario A, the dead profiles do not show any signs of exceeding the living within this century. However, the proportion is still substantial, and the dead are likely to reach parity with the living in the first decades of the 22nd century."

Of course, as bizarre and provocative as all these projections are, the broader point is we need to start thinking about these kinds of long-term trends that deal with people’s personal information and online identities, because the researchers say theirs is the first step toward "empirically exploring the macroscopic and quantitative aspects of death on social media".

"On a societal level, we have just begun asking these questions and we have a long way to go," Öhman says.

"The management of our digital remains will eventually affect everyone who uses social media, since all of us will one day pass away and leave our data behind."

The findings are reported in Big Data and Society. 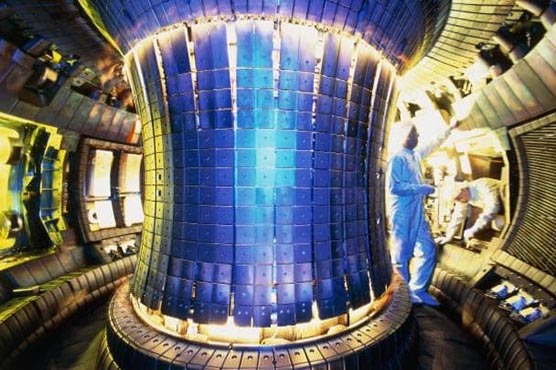 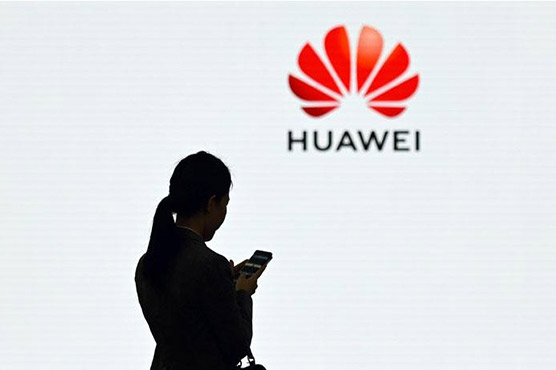 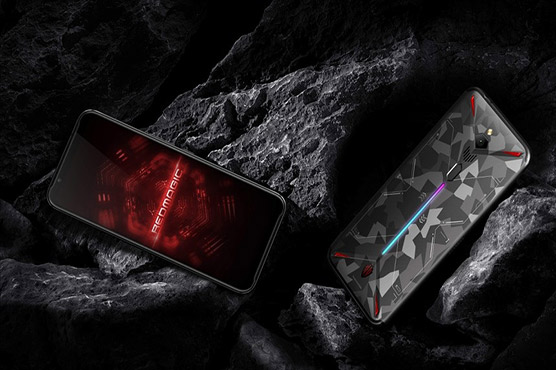 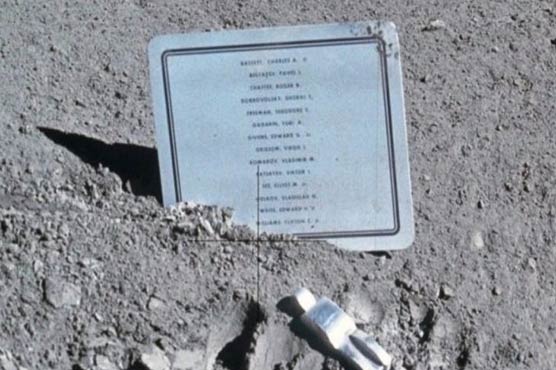 Tiny monument on the moon to break your heart