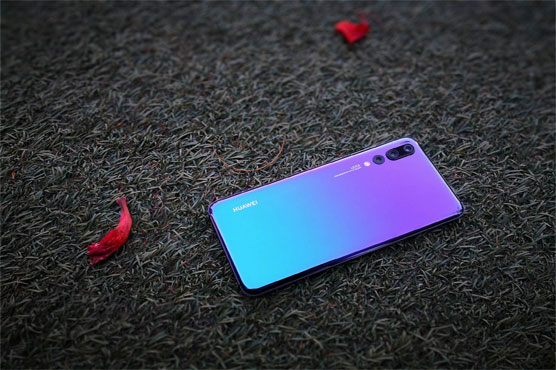 P20 Pro features a gradient that smoothly transitions from purple to blue then to teal.

(Web Desk) - For the longest time, HUAWEI’s P Series has been known for its outstanding photography experience. That hasn’t changed with the HUAWEI P20 Series.

The HUAWEI P20 Pro scored 109 on DxOMark, the highest ever achieved by a smartphone. It’s equipped with the world’s first triple Leica cameras, and combines the excellent hardware with HUAWEI Master AI to deliver its signature high camera performance in any scenario.

But there’s something more to this year’s HUAWEI P20 Pro—something that’s understandably piqued the interest of journalists, and seized the attention of consumers far and wide.

Of course, we’re talking about the “Twilight” gradient color scheme. Available exclusively to the HUAWEI P20 Pro, the shimmering finish has been the talk of the town ever since the color was first announced.

Featuring a gradient that smoothly transitions from purple to blue then to teal—in the same order laws of physics sort colors on the visible light spectrum—underneath a premium glass back, the Twilight variant of P20 Pro was sold out in its home court, China, almost immediately once it was made available, which is a good indication of its popularity among consumers.

So what inspired HUAWEI to create the popular color scheme? One needs only look out of the window for the answer. That’s right; it was nature, the world’s greatest artist of all time. From the very beginning of the design process, HUAWEI’s design team has been taking notes from the best of the best. For the Twilight color in particular, HUAWEI was inspired by the aurora borealis, or better known as the Northern Lights. 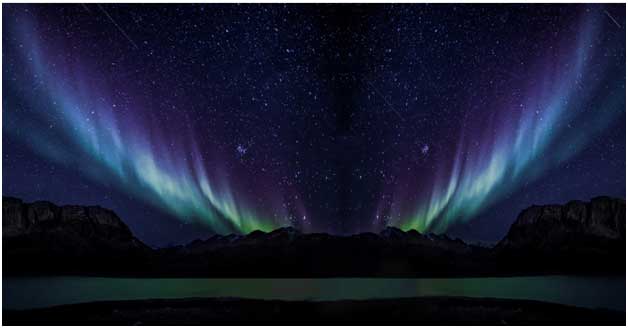 It does not take formal training for one to appreciate nature, for our ability to perceive nature as a thing of beauty is innate to all of us. Throughout history, nature has inspired countless great painters to create great masterpieces. In China, court painters through dynasties transposed their impressions of the natural landscape onto paper using ink, water and a brush. Towering mountains, rolling hills and narrow rivers were painted onto scrolls of paper with lively brushstrokes, dots and ink wash. This ancient art form, known today as guohua, is considered one of the most respected of all in classical Chinese art.

In the West, greats such as Claude Monet and Vincent van Gogh were also no stranger to nature. Monet rejected the stylistic norms of his time and developed his own way to capture the beauty of nature, using his observations of changing lights to encapsulate the beauty he beheld. Van Gogh, the tragic genius that needs no introduction, once wrote to his brother “…if I felt no love for nature and my work, then I would be unhappy.” He featured objects of nature prominently in many of his works, and Sunflowers, Wheatfield with Crows, and Irises, were but a few from the prolific artist.

Just like some of the greatest artists throughout history, Joon Suh Kim, Chief Design Officer at Huawei, and his team were inspired by nature, and the gorgeous gradient color is their brain-child. According to Joon, “HUAWEI’s designers are not just designers, but dreamers as well. As designers, we get inspirations everywhere; as dreamers, we’re obliged to come up with ideas that the consumers themselves don’t yet know they love, such as the Twilight color.”

The dreamycolor scheme was specifically developed to capture the magnificence and mysteriousness of the aurora. Careful decisions were made to ensure that when the gradient effect is shrunk to the size of a handheld device, the intensity of the natural phenomenal would retain its full glory.

To executethis unique effect, HUAWEI had gone through countless prototypes in order to get it just right. In the end, HUAWEI settled on using an optical non-conductive vacuum metalizing (NCVM) coating for the effect—and the resultsare some of the most natural expressions of the aurora seen on a smartphone back.

The Twilight variant of P20 Pro is now available at authorized retailers and select mobile carriers.