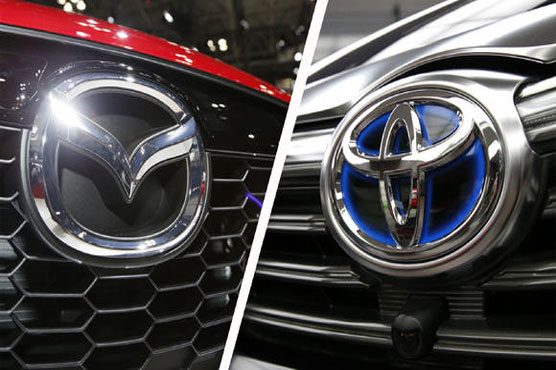 They agreed in August to a capital tie-up to facilitate joint development of electric vehicles.

TOKYO (AFP) - Japanese auto giant Toyota said Thursday it was teaming up with Mazda and parts-maker Denso in a new joint venture to develop electric vehicles.

The move came as Toyota, producer of bestselling hybrid vehicle Prius, steps up efforts to develop clean technologies, including electric vehicles and plug-in hybrid systems that use both petrol and electricity as energy sources.

Joint research -- sharing cost, engineers and knowledge -- is necessary to meet increasingly stringent but varying environmental standards around the world, the three firms said in a joint statement.

"With (electric vehicles) yet to find widespread market acceptance, the huge investments and time required to cover all markets and vehicle segments is a pressing issue for individual automakers," the statement said.

Toyota will take a 90-percent stake in the venture, to be launched next month in the central city of Nagoya, near the automaker’s headquarters.

Toyota and Mazda agreed in August to a capital tie-up to facilitate joint development of electric vehicles.

This simple hack can help double your tweet character limit