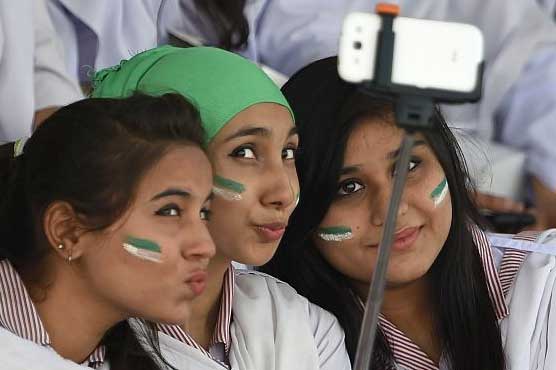 The country would have more than 40 million smartphones by end of this year.

ISLAMABAD (APP) - The mobile broadband users growth in Pakistan is expected to touch 8 per cent mark in coming years as the country would have more than 40 million smartphones by end of this year.

The third-generation (3G) and 4G mobile phone users stand at around 30 million and continue to grow, creating a huge demand for smartphones, which is the top selling category across all major e-commerce platforms.

This equation though is likely to change in a couple of years, they added.

It merits mentioned that Pakistan’s e-commerce market is still in its infancy and represents only 5 % of conventional retail trade. However, the overall size of this fast growing segment has come close to $ 100 million, up by two-thirds from $60 million as of 2014.

A bulk of the country’s e-commerce transactions originate from Karachi, Lahore, Islamabad and Rawalpindi, which comprise about 50% of customers. The remaining customer base is very thinly split between cities and towns nationwide.

With telecom operators rolling out 3G and 4G services in semi-urban and rural areas of the country – which usually don’t have outlets for branded products – the e-commerce market is likely to benefit a great deal.

Meanwhile, according to a report by marketing firm GfK, the smartphone industry worldwide will grow by 6.6 percent this year, backed largely by a thriving Chinese market.

For the future, the markets which will drive the most success are again likely going to be developing ones, namely Emerging Asia at eight percent, and Central & Eastern Europe with a growth rate of 10 percent.

The world’s largest market, China, grew by 15 percent this year, the highest growth rate in any region, accounting for a third of all phones sold.

However, this streak may be about to end, with operator subsidies set to end next year, which may result in a 3-percent decline in sales.

Other markets such as Middle East & Africa, Central and Eastern Europe (Russia and Ukraine) and Emerging Asia managed decent growth levels too.

In the Western world, the phone sales remained largely the same, though, as they did in Developed Asia (Hong Kong and Japan) while Latin America shrunk by 4 percent.

Overall, the total sales value generated by the market will amount to a mammoth $ 421.8 billion, up from $398.1 billion last year (6 percent).

Again, it is China which backed most of that growth with $131.2 billion, followed by North America ($72.7 billion) and Western Europe ($53.6 billion), which is not really a surprise.

Pakistan Telecommunication Authority (PTA) in its latest report said Next Generation Mobile Services (NGMS) auction 2014 was very successful as broadband subscriptions have shown a growth of over 1900 % during June – 2014 to July- 2016.

Increase in the number of broadband subscribers has also pushed the total data used on the mobile networks: jumping from a mere 1,964 TBs in month of June 2014 to a massive level of 39,821 TBs in July 2016.

Mobile data usage is expected to increase further in future due to increased usage of data hungry next generation services and applications over mobile networks.

In order to meet the growing data needs in the market, mobile operators are to have strategies for more spectrum acquisition and optimization of their network.

Pakistan bowled out for 281 in third West Indies Test

Communication system around Bani Gala likely to be suspended