Sole camera from NASA moon missions to be auctioned 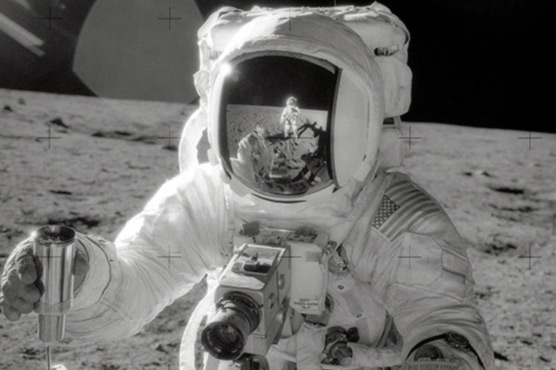 VIENNA (AFP) - NASA s only camera to have made it to the moon and back as part of the Apollo manned missions will be auctioned in Vienna on March 21, organisers said.

In all, the US space agency sent 14 cameras to the moon during its Apollo 11-17 missions in 1969-1972, but only one was brought back to earth, possibly due to problems retrieving the film after the equipment jammed, Coeln said.

As a rule, the cameras -- which weighed several kilogrammes (pounds) -- were abandoned to allow the astronauts to bring back moon rock, weight being a prime concern on the missions.

The Hasselblad camera, which is being sold by an Italian collector, was used by astronaut Jim Irwin to take 299 pictures during the Apollo 15 mission in 1971.

A small plate inside with the number 38 -- the same number that appears on the NASA snapshots -- "is 100-percent proof that this camera is the real thing and really was on the moon," Coeln said.

Vienna s Westlicht gallery, the world s largest auction house for cameras, has overseen the sale of some of the most expensive photographic equipment in history. In 2012, it sold a Leica camera prototype made in 1923 for 2.16 million euros, a world record.